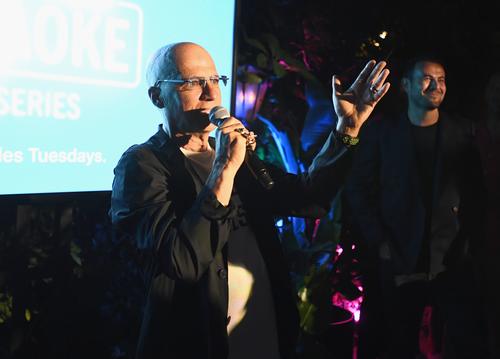 According to new reports, Jimmy Lovine is set to depart from Apple Music in August this year.

It was in 2014 that Lovine, formerly the CEO Interscope Records, joined Apple after selling his and Dr. Dre’s Beats music and electronics company to the tech giant for a whopping $3 billion. The duo launched the first Beats headphones back in 2008, and together, expanded the company into Beats Music, the subscription-based version the brand prior to selling to Apple.

According to several sources, Lovine’s exit is in conjunction with his shares in Apple fully vesting, meaning that he can now leave the company while still maintaining and excercising his stock options.

It was under Lovine’s spearheading crafting original programming on the Apple Music subscription service, launched in June 2015, that the service developed a user base over 30 million paying subcribers.

As to what Lovine will do after parting ways with Apple, there’s no telling. But, based on a previous conversation with Billboard, he’ll likely continue to find ways to revolutionize the music industry. “I’m 64 years old. I have no idea what I’m doing next],” he said as he touched on the streaming industry as a whole following Goldman Sachs’ prediction that subscription streaming would lead to the record industry amassing $41 billion globally by 2030.

“There’s just a problem here that needs some sort solution, and I want to ­contribute to it. Goldman Sachs may think it’s solved, but I don’t. We’re not even close.”