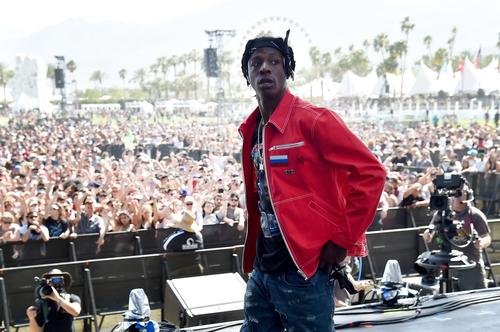 Over the course his career, Joey Bada$$ has proved to be an incredibly consistent emcee and songwriter as a whole. Each project he’s released has been received with critical acclaim and he continues to get better as he moves forward. Most recently, the rapper honed his songwriting skills to put a spin on Prince’s classic hit, “When Doves Cry.”

Joey Bada$$ recently paid a visit to Australian radio station, triple J, where he joined their weekly series “Like A Version.” Their series invites artists to perform one their own songs as well as a cover a song they enjoy. This week, Joey Bada$$ pulled up to do an incredible cover Prince’s “When Doves Cry” except he put his own spin on it. The Brooklyn emcee flipped the song to “When Thugs Cry.” Backed by a live band, Joey performed a solid rendition the song which also included a verse from him as well.

In addition to his cover, Joey Bada$$ also performed All Amerikkkan Bada$$ single, “Temptation” with a live band. The rapper was backed by a horn section, drummer, keyboardist, guitarist, bassist and three back-up series. It definitely brought the song’s vibe to another level.

Aside from his recent appearance on “Like A Version,” the rapper’s biggest single, “Devastated” was recently certified platinum. The song was initially released in 2016 and by January 2017, it went gold. As January 10th, the rapper’s single has ficially moved the equivalent to a million units.

Check out his performances below.