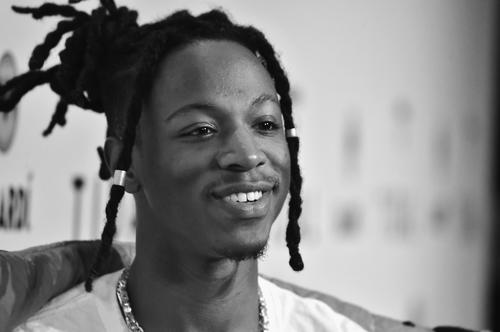 Sunday evening, Pro Era honcho Joey Bada$$ made known some pretty interesting plans outside the music as he announced that he had a podcast on the way, set to be host streaming platform TIDAL.

“I have a podcast called “47 Minutes” coming to @TIDAL real soon,” the Brooklyn emcee revealed on Twitter. “RT if you’ll tune in to hear me talk about shit from hip hop, politics, spirituality and whatever the fuck else I want.”

Given Joey Bada$$’s unfiltered takes on plenty topics from within and outside the booth, there’s no reason to deny that this podcast is setting itself up to be anything buy pure audible gold. While he fers no ficial release date, it looks like Joey will be finding himself on TIDAL’s “On-Air” podcast network which already features an all-star lineup  shows, including Angie Martinez and Minya “Miss Info” Oh’s “In Real Life” and Elliot Wilson & Brian “B. Dot” Miller’s revamped “Rap Radar.”

According to the All-AmeriKKKan Bada$$ lyricist, it will be getting the full treatment as well, being recorded visually in addition to the audio, as is the norm for all podcasts on the TIDAL roster.

While he’s received plenty positive feedback from fans, most their concerns naturally lie within the availability  “47 Minutes.” Given the exclusive nature the original programming fered through “On-Air”, you’ll more than likely have to cough up the cash (or finesse that free trial) if you’re looking forward to hearing Jozif do his thing.