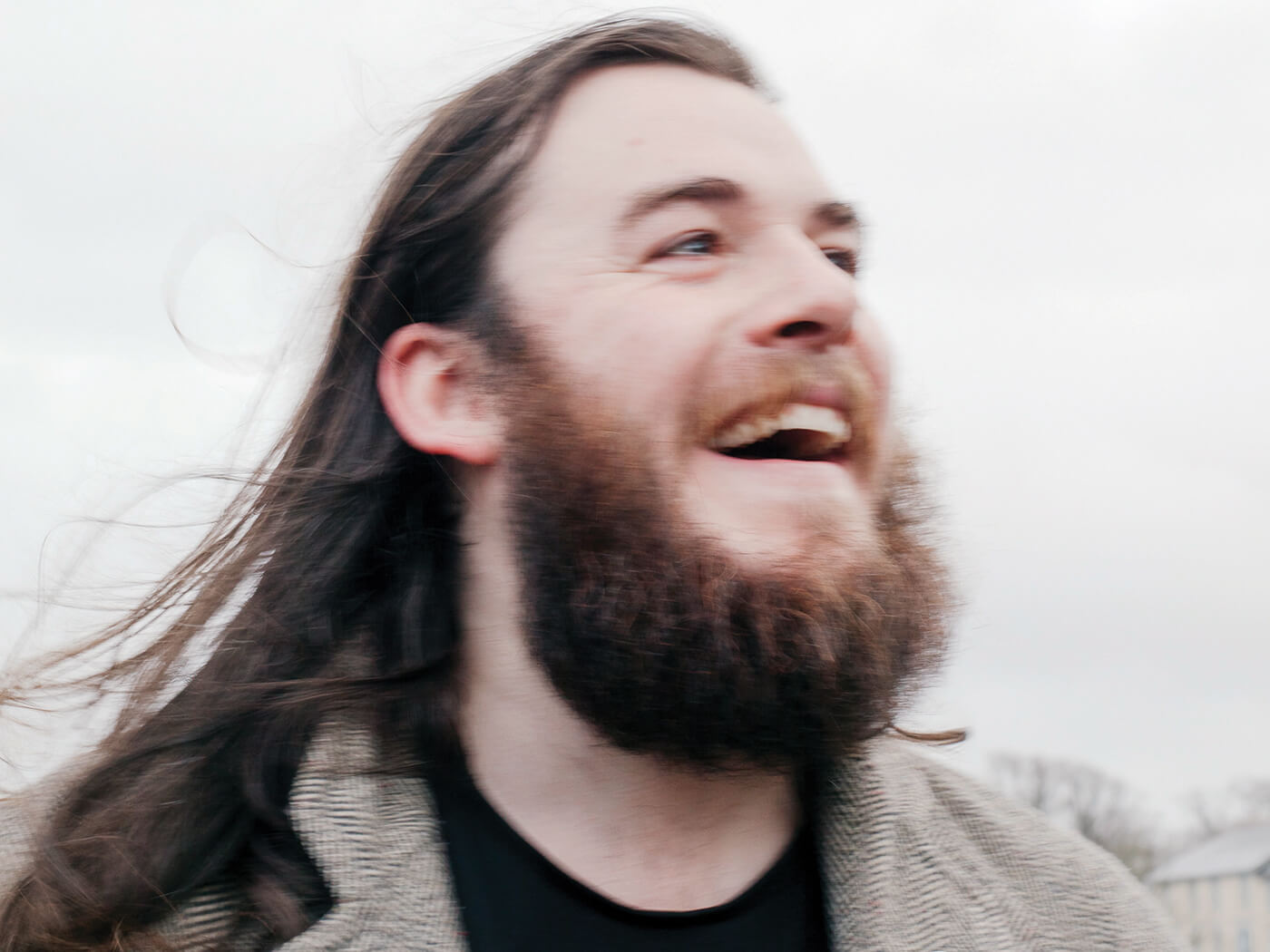 John Francis Flynn – I Would Not Live Always

The first song that John Francis Flynn learnt to sing was Come, Me Little Son, from a version by The Dubliners’ Luke Kelly. Based around a Scottish air, it was initially written and recorded by Ewan MacColl for the BBC’s celebrated radio ballads series in the late ’50s. It’s tempting to speculate what the notoriously dogmatic MacColl would make of Flynn’s experimental approach to traditional music, but he’d surely struggle to deny its power.

The 31-year-old is the latest addition to River Lea, the folk imprint set up by Rough Trade to promote “beautiful and strange traditional music from Britain, Ireland and beyond”. Flynn has been a vital presence in Dublin’s young folk scene this past decade, both as frontman with Skipper’s Alley and as collaborator with the likes of Ye Vagabonds and Lankum. A well-received support slot on the latter’s 2019 UK tour brought him wider attention, though the idea of being what he calls “this professional musician” didn’t fully take hold until River Lea offered a deal.

I Would Not Live Always is an extraordinary debut by any standard. Rooted in traditional song, Flynn uses the source material to fool around with form, framing his rich, sonorous voice in abstract drones, loops and electronic patter. Crucially too, he’s chosen to balance out his studio band with some non-trad musicians, chiefly producer Brendan Jenkinson on synths/electric guitar and drummer/synth player Ross Chaney, who also creates distinctive loops from a Tascam portastudio.

The effect is ravishingly eerie, particularly on Bring Me Home, a porous three-part suite that gradually darkens into an urgent storm and on into an oppressive form of hovering static. Part one is an anguished version of The Dear Irish Boy, a study in loss as much as belonging. Murky clouds descend on I Would Not Live Always, a repeated verse from an old Lutheran hymn, Flynn’s voice keeping faith against a cantering groove and a wriggly synth. The final segment is An Buachaillin Ban, a Gaelic translation of The Dear Irish Boy, beautifully recited by Saileog Ní Ceannabháin.

The most moving moment is the eight-minute Shallow Brown, a West Indian sea shanty and slave song dating back to the 19th century. Flynn plumbs a pit of despair from the vantage point of a man bidding farewell to his lover as his ship pulls from port. “Master’s going to sell me/Sell me to a Yankee/Sell me for a dollar”, he sings, deep and mournful over picked guitar. As he slowly recedes from view, pipes build into a disquieting buzz, with Flynn’s words cut and looped into inscrutable fragments on the wind.

Comparable in length is Flynn’s take on Come, Me Little Son, in which a fretful child – bemoaning the prolonged absence of his father, forced to provide for his family by working on motorways in England – is soothed by his mother. It’s one of two Ewan MacColl songs, the other being the tender Cannily, Cannily. This time, the predominant feature is a droning fiddle, courtesy of Flynn’s Skipper’s Alley bandmate Ultan O’Brien.

The work of Shirley and Dolly Collins is a key influence on the album too. Flynn’s adaptation of Lovely Joan, originally collected by Ralph Vaughan Williams more than a century ago, is styled on the sisters’ 1968 recording. Essentially the tale of a lusty blowhard outwitted by the female object of his desire, its inventive arrangement – ripples of electronica, pastoral guitar and shape-shifting synthetics – is a tribute to Dolly’s daring on portative organ. The effect is exquisite, softening the song’s archaic folk vernacular into something more hallucinatory and accessible.

Flynn is also a consummate guitar player, flautist and dab hand on tin whistle. A dazzling version of Tralee Gaol finds him negotiating two whistles at a time, coaxing a feverish polka from one while maintaining a low drone from the other, his close intakes of breath falling into the rhythm. The tune finds both a contrast and companion in the album’s other instrumental, Chaney’s Tape Dream. Here, he extemporises over Ross Chaney’s low textural hum, looped and processed from another of Flynn’s piping sorties.

In keeping with River Lea’s foraging spirit – shared with cohorts Lisa O’Neill, Ye Vagabonds and Brighde Chaimbeul, all of whom offer distinct variants on habitual folk practice – I Would Not Live Always offers a singular and striking clarity of vision. Flynn might just be the label’s most significant find thus far.