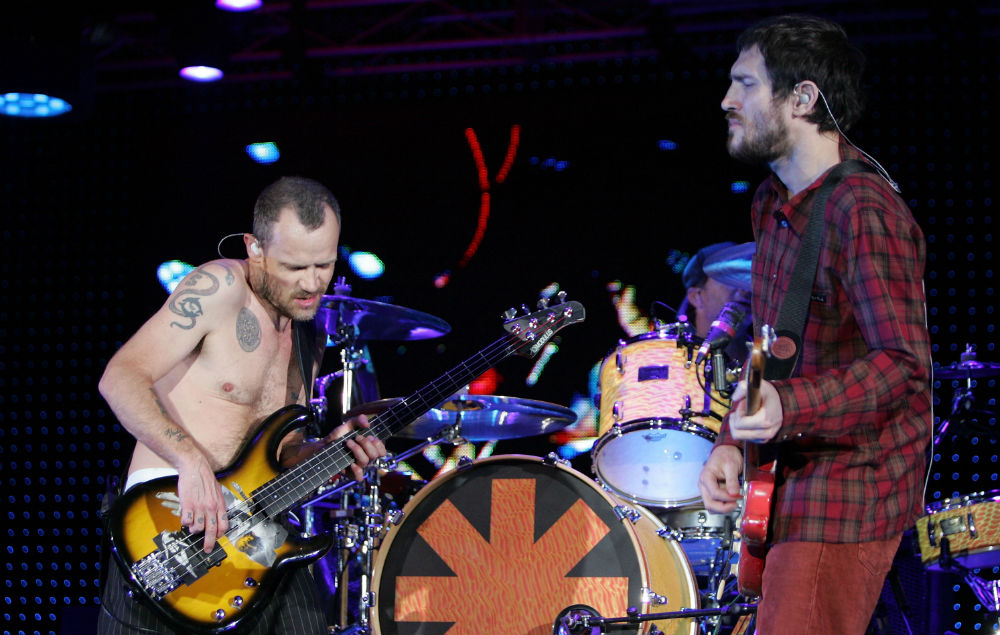 Speaking to Australian radio station Double J, the guitarist said that while the COVID-19 pandemic had forced the Peppers to cease getting together for a time, they’re now back and working on new material.

The guitarist discussed keeping the two projects separate from one another when Shiel asked whether Frusciante’s solo influences would find their way into the band’s new material.

“That’s what I do on my own. I’ve tried to do some of that kind of thing myself, breakbeats but with a rock music chord progression or whatever. I just think it’s kind of cheesy, and that’s not what I’m trying to do with the Chili Peppers,” he explained.

“In the Chili Peppers, what I found exciting when I started playing with them… is to just see what I can do with a guitar… It was that idea of just how many different worlds you can pull out of a Stratocaster.”

The guitarist also said he’s working more closely with drummer Chad Smith than before, saying they have an “interactive” musical relationship.

Frusciante also opened up about what it was like returning to the Chili Peppers last year, over a decade since he parted ways with the band and was replaced by Josh Klinghoffer.

“It’s just returning to family. I’m extremely comfortable with those people. It was as if no time had gone by at all when we started playing, pretty much, with a couple of minor exceptions, like how Chad and I gradually got our communication together in a new way,” Frusciante explained.

“But basically, we’re all just as comfortable with each other as we ever were, and it just felt like that right off the bat.”

Red Hot Chili Peppers announced that Frusciante would be rejoining the band back in December of last year, some 12 years after he last performed with the group.

In January, the band revealed they were working on a new album with Frusciante. The following month, the guitarist performed live with the band for the first time since leaving the outfit in 2008.