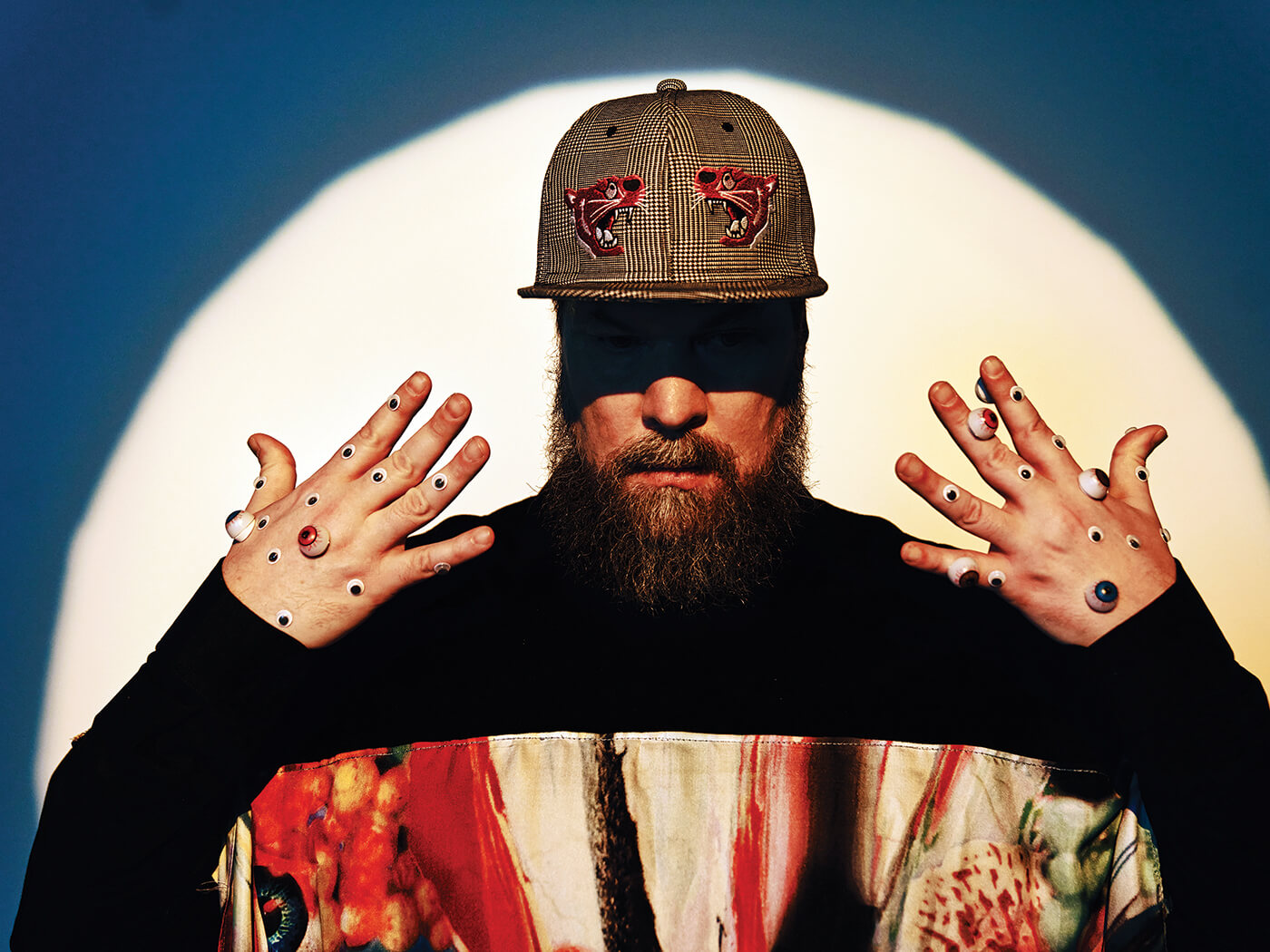 When he remembers the smell of melting snow back in Buchanan, Michigan (population: 4,456), John Grant sometimes yearns to move back to the town where he spent his earliest years. However, as he fretted over the US elections during the recording of his Vangelis-meets-Harry Nilsson fifth solo album, Grant was reminded just why he remains in self-imposed exile in Iceland.

“There’s so much rage there,” the 52-year-old tells Uncut of his home country. “It’s always been that way. That’s what happens when you start your country the way ours started and then throw down a tarp and build a bunch of shopping malls on top.”

Since making his solo debut with 2010’s Queen Of Denmark, Grant has held little back in his songs; the substance abuse, the HIV diagnosis, the catastrophic relationships. However, he heralded the advent of Boy From Michigan in January with something a little different. The Only Baby is a glowering, Crass-via-Tubeway Army monster that demonstrates how the all-American brands of manifest destiny, religious zealotry and alpha-male entitlement paved the way for Donald Trump. Boy From Michigan, meanwhile, zooms in to show how those same backwoods, reactionary forces blighted his own upbringing. As he warns on the title track: “The American dream is not for weak, soft-hearted fools”.

With Cate Le Bon in charge of the early-’80s synth-prog mood board, Boy From Michigan teleports Grant back to the Buchanan of his youth; the aimless mooches through the cemetery, the burst of excitement that greeted an agricultural show (check out County Fair, a Philip K Dick version of a Van Morrison pastoral). However, terror lurks in the darkness at the edge of town. As a child, Grant was shaken by the sight of a metal ox that guarded the gates to a junkyard where his father searched for car parts. The Rusty Bull equates that primal trauma with the more bruising experience of realising he was not the right kind of man’s man. Over a gristly, Chris & Cosey plod, the beast visits Grant in his dreams: “He says: ‘Your daddy can’t undo what’s done’, and 40 years later I’m still trying to run.”

After passive exposure to plenty of smalltown prejudices (hear Jesus Hates Faggots from Queen Of Denmark for evidence), Grant found the act of coming out impossibly painful. All oboe and remorseful piano, he takes a sombre whirl around one of the few places of safety he found after his family moved to Colorado on The Cruise Room, while the sadly twinkly Mike And Julie recounts how furious self-loathing compelled the young Grant to shy away from his first chance of a meaningful gay relationship.

It’s not all so grave; a 1979 imagining of Air’s Sexy Boy, Best In Me is a cute hymn to friendship, while Grant gets his literary head on for Rhetorical Figure (“Some people like alliteration but I’ve always been an assonance man”). Meanwhile, he sexts up his study on the US’s fetishisation of high finance on Your Portfolio to create an homage to The Normal’s banger Warm Leatherette.

However, if Grant’s humour spikes any pomposity, Boy From Michigan struggles to see the funny side of a world tainted by greed and intolerance. The Only Baby wallows in impotent rage, while the valedictory Billy looks back to another old friendship from Grant’s Colorado days with regret. The title character accepted Grant for what he was, let him share his bed without judging, challenged conventional ideas of masculinity, but – like Grant himself – ended up hitting the self-destruct button. “We’re both disappointments to so many folks in this society,” Grant sings with a Wings-y breeziness. “So we continue with the task of punishing ourselves.”

If Grant’s recent output veered toward the unnecessarily quirky, this new record restores focus. It’s as unsettling as 2013’s Pale Green Ghosts and – in its own way – as alert to the shoddy stitching in the stars and stripes as Randy Newman’s Good Old Boys, Phil Ochs’ Rehearsals For Retirement or the queercore of Dicks and MDC.

However, as it exposes the weaknesses in that Trumpish definition of strength, it recognises how much it hurts to be the one that couldn’t swallow the Kool Aid. That move to Buchanan remains a dream for Grant (“apart from anything else,” he tells Uncut, “buying a house there would cost about as much as one of my synths”), but Boy From Michigan suggests that in a world of increasingly entrenched, irreconcilable divisions – Republican vs Democrat, Leave vs Remain – there may be no way back for any of us.