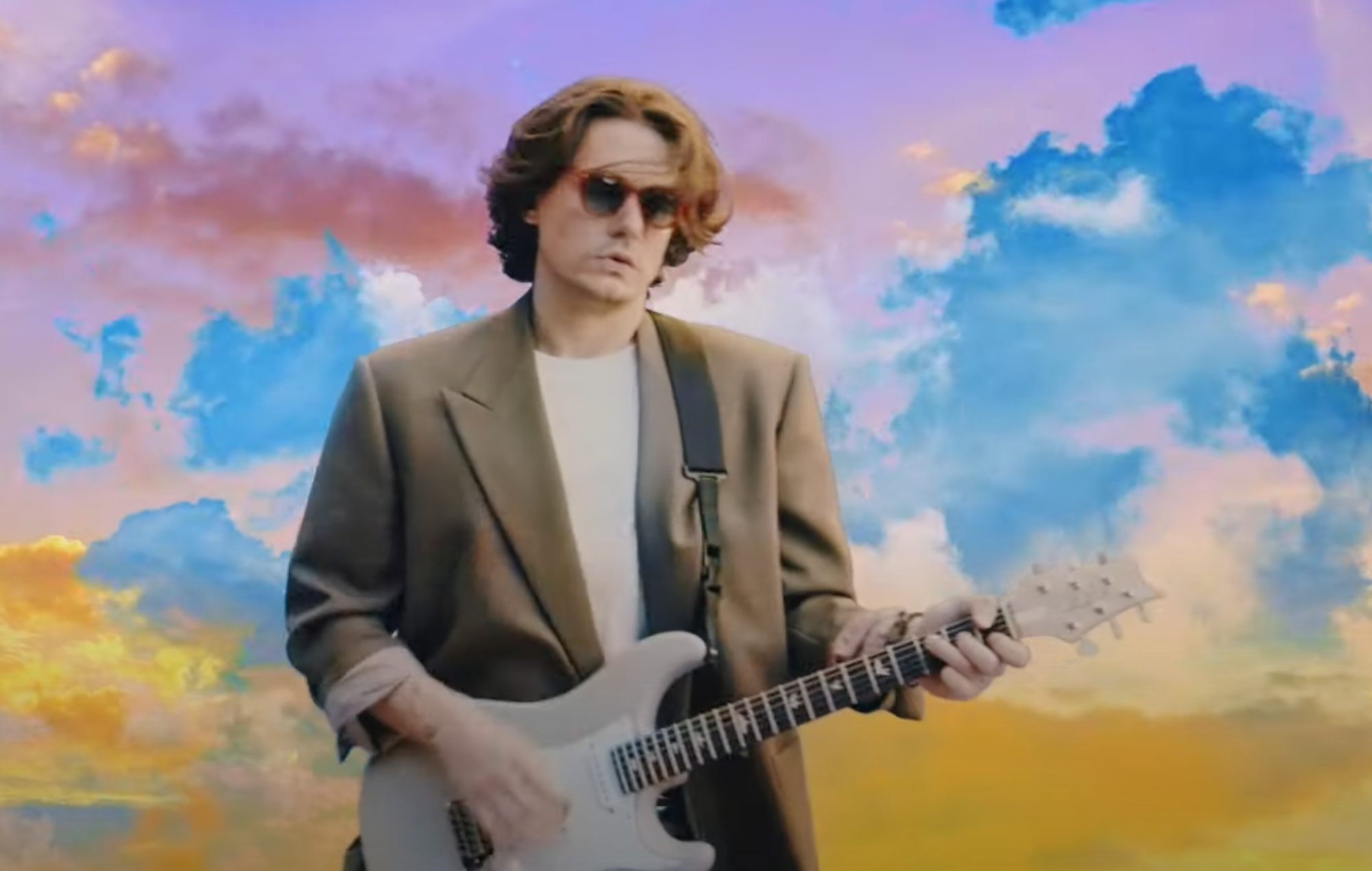 John Mayer has shared a video for his latest single, ‘Wild Blue’ – you can watch the colourful new clip below.

The new track, which was produced by Don Was, is taken from the singer-songwriter and guitarist’s eighth studio album ‘Sob Rock’, which was released last month.

“Wild blue deeper than I ever knew/ Wild blue on a bed of grey/ Oh baby, what a wild blue/ I found myself when I lost you,” Mayer sings on the Dire Straits-tinged track, as he walks a path of self discovery after the end of a relationship.

Much like the videos for his previous two singles – ‘Last Train Home’ and ‘Shot In The Dark’ – Mayer turns up the nostalgia, playfully poking fun at music videos from the ’80s.

The video begins in a swimming pool before a door at the bottom of it opens to reveal the song’s title. Rocking a tan trench coat, cowboy boots and tortoiseshell sunglasses, Mayer performs in front of a green screen as various symbols, animals and other items float across the backdrop.

Like a mashup of Prince‘s ‘Raspberry Beret’ and Deee-Lite‘s ‘Groove Is In The Heart’, you can watch the video for ‘Wild Blue’ below:

Mayer recently announced a North American tour in support of ‘Sob Rock’ which kicks off next year.

Beginning in Albany on February 17 and ending in Chicago on April 28, the tour will include stops at New York City’s Madison Square Garden (February 20), and two nights at the Forum in Inglewood, California (March 13 and March 15), among others. You can see a full list of dates below.

In a four-star review of ‘Sob Rock’, NME‘s Will Lavin said: “Mayer’s willingness to poke fun at himself lends itself perfectly to the satirical foundation of ‘Sob Rock’. It is by all means a stimulating body of work with ample substance, but it doesn’t take itself too seriously.”

The review added: “Less focused on his innate individuality, it’s a John Mayer passion project that toasts to the good old days, when musicians were more inclined to follow instincts and feelings than clicks and likes.”