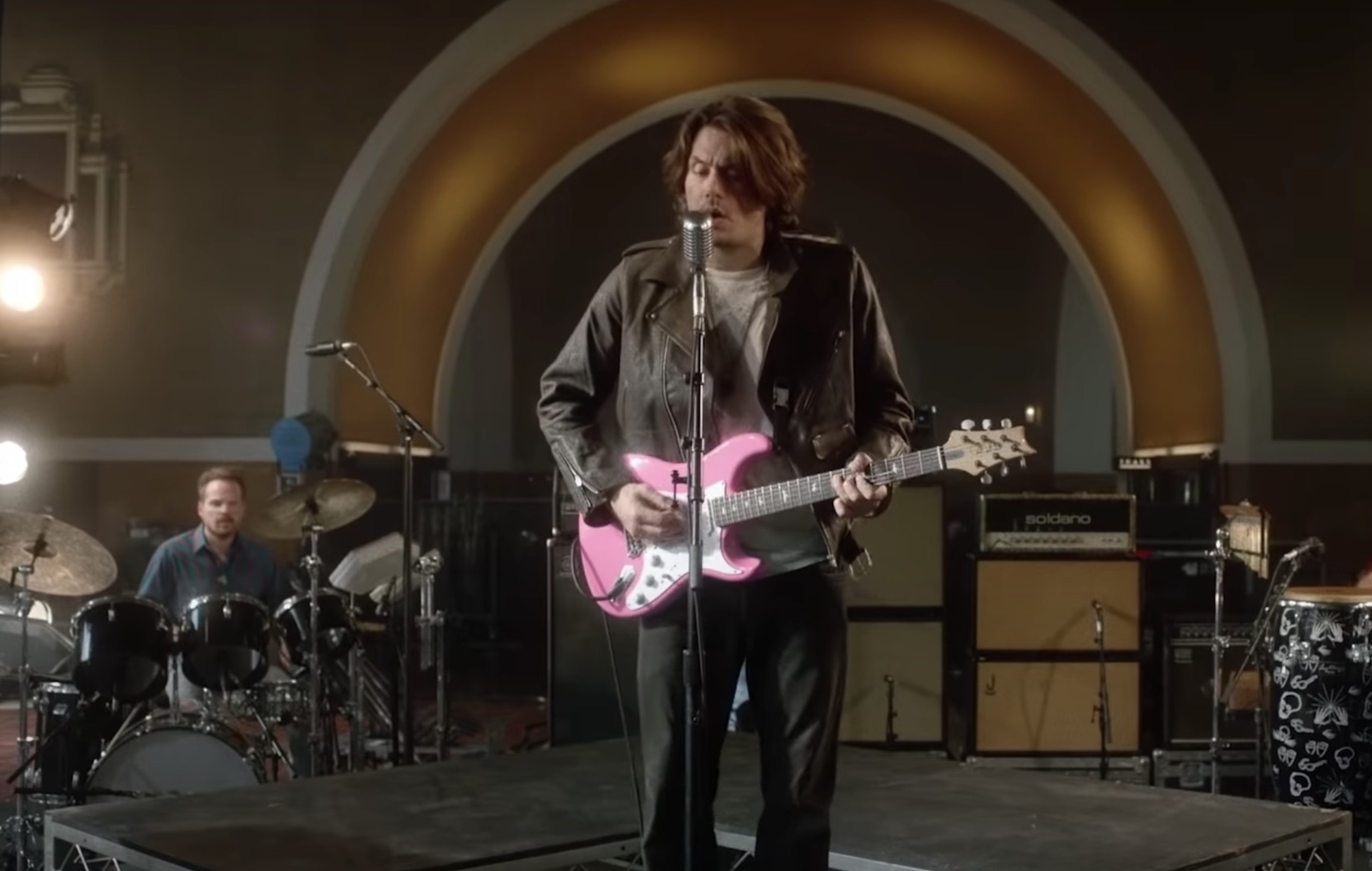 John Mayer has shared a video for his new single ‘Last Train Home’ – you can watch it below.

Taken from the singer, songwriter and guitarist’s upcoming eighth studio album ‘Sob Rock’, the new track features Maren Morris and sounds like was recorded in the ’80s at the height of yacht rock.

‘Last Train Home’ hears Mayer channel the likes of Bryan Adams, Kenny Loggins, Michael McDonald and Toto, which is why it’s no surprise to learn that he’s joined by Toto percussionist Lenny Castro, and keyboardist Greg Phillinganes, who besides playing for Stevie Wonder, Eric Clapton and Michael Jackson also toured with Toto for fives years.

The song’s Cameron Duddy and Harper Smith-directed video is shot like a behind-the-scenes look at a rehearsal, with Mayer being followed around the set by a woman photographer.

In keeping with the ’80s aesthetic, the grainy footage sees Mayer sporting a number of leather jackets, while playing a bubblegum pink electric guitar as well as a cocaine white acoustic guitar.

Watch the video for ‘Last Train Home’ below:

Set to arrive on July 16, it’s his first album since 2017’s ‘The Search For Everything’, a loose concept album based around dealing with a breakup.

With the release of ‘Last Train Home’, Mayer has also shared the tracklist for ‘Sob Rock’ – see it below.

In addition to new music, Mayer is reportedly nearing a deal to host his own talk show, expected to launch on the Paramount+ streaming service.

As reported in April, the show would feature performance segments and interviews with “musicians, artists and other cultural figures in a setting designed to look like an after-hours club”.