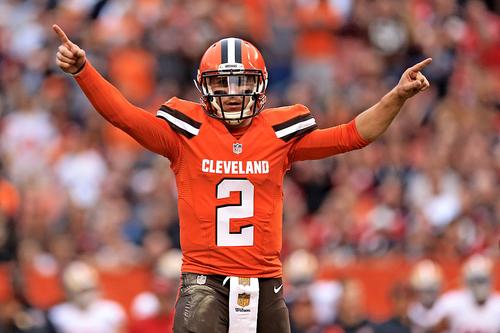 According to ESPN, the Spring League is an elite developmental league, consisting four teams in two doubleheaders, which runs in Austin, Texas from March 28 through April 15.

The league is not affiliated with the NFL, but the league’s website says 10 NFL teams attended games in the 2017 season and 22 NFL teams requested game film from last year.

The 25-year old quarterback, who last played in the NFL for the Cleveland Browns during the 2015 season, is hoping the Spring League will catapult his NFL comeback.

“Football has been a huge part my life for as long as I can remember. Sometimes you take for granted how much you value something until it’s gone. My goal is to make it back to the NFL and I realize I have to earn that privilege,” Manziel said, per ESPN. “The Spring League has provided me with a great opportunity to play ball again, and ultimately, that is all I want to do. I miss the competition.”

Manziel recently told several media outlets that he had been diagnosed with bipolar disorder about a year ago and has been taking the proper medication while cutting booze out his life. He has taken full responsibility for the outrageous drinking binges, bizarre social media videos and run-ins with the law over the last few years which resulted in him being out the NFL just two seasons into his career.