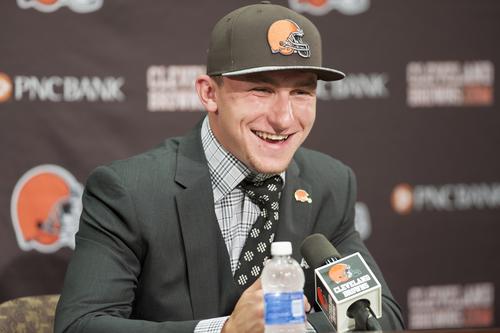 Nobody enjoyed watching the Cleveland Browns go 0-16 this season more than their former quarterback, Johnny Manziel. In his first instagram post in more than seven months, Johnny Football resurfaced with a photo himself playing for the Browns along with the caption, “0-16szn.”

Manziel further addressed the Browns’ winless season in the comments section his post, writing, “I got zero love for them. Wish them nothing but the worst.” He has since erased the caption but you can check out the screen grab below.

Manziel later shared another photo himself throwing a pass with the caption, “Just wait on it #ComebackSZN,” which coincides with reports that he’s negotiating a contract with the Hamilton Tiger-Cats the Canadian Football League.

In a statement, the Tiger-Cats wrote, per ESPN,

The 25-year old QB last played for the Browns in 2015 and has not been back in the NFL since. Cleveland has gone 1-31 since cutting Manziel.