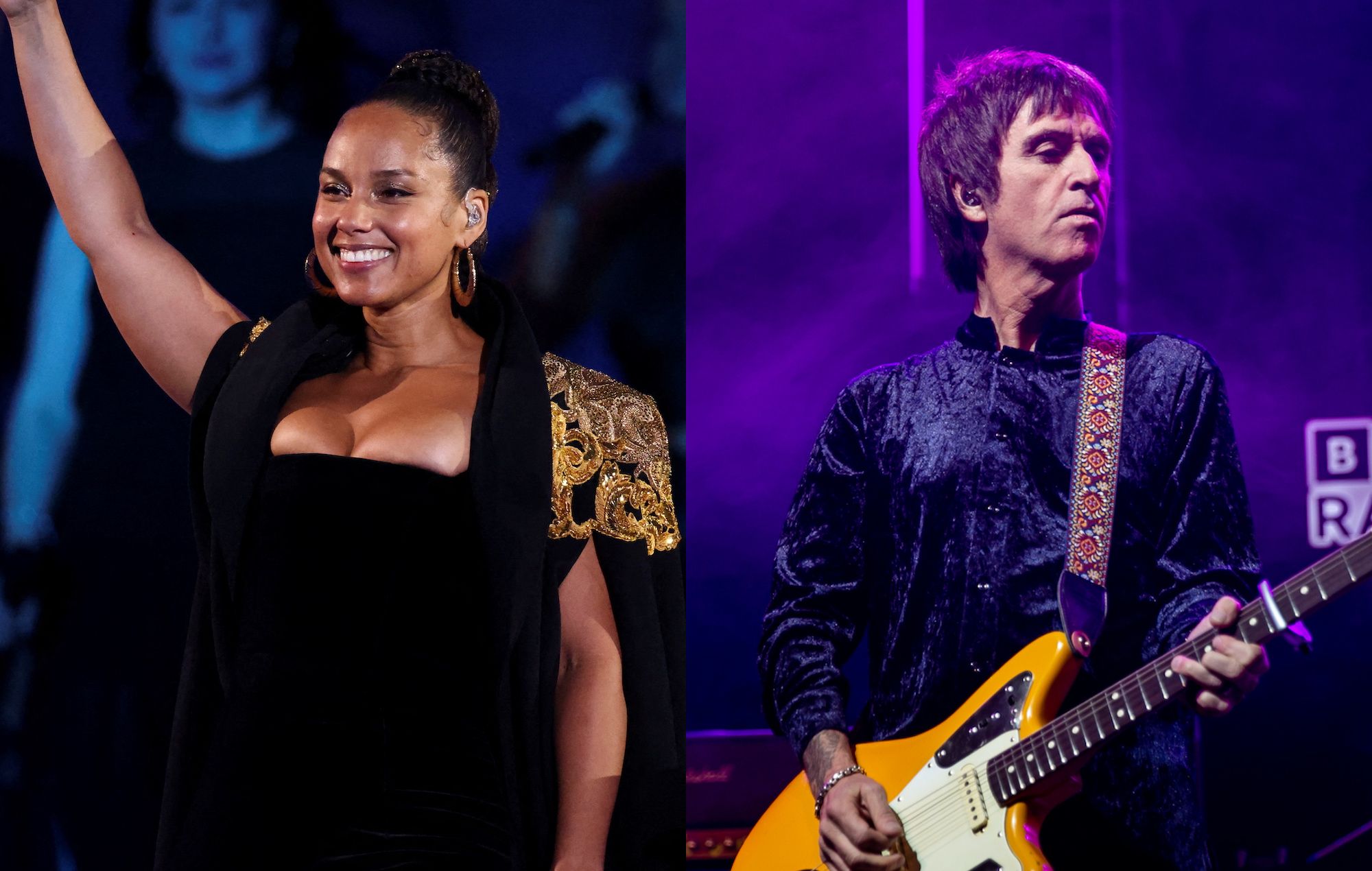 Alicia Keys brought Johnny Marr out on stage last night (June 11) to cover The Smiths when she performed in Manchester.

The US R&B star was headlining the city’s AO Arena when she invited the guitarist to join her to perform one of the band’s classic songs.

“I’ve talked a lot about New York tonight,” Keys reportedly told the crowd at one point during her set. “Now I want to talk about Manchester.” Marr then came out and accompanied her on a version of ‘This Charming Man’.

“Johnny Marr!” She shouted as the track neared its end and the big screen focused on the guitarist. Watch fan-shot footage of the moment below now.

Meanwhile, Marr is set to support Pearl Jam at the band’s biggest ever London shows next month. The Seattle grunge act will headline BST Hyde Park and will be joined on the bill by the former Smiths guitarist, Temples, LIFE and more.

In March, Marr revealed that he had been working on new music with Modest Mouse – his first collaboration with the band since his stint as part of their line-up between 2006 and 2008.

“I played on that new Modest Mouse song, and there are a couple of other things knocking around that Isaac [Brock]’s writing,” he said in an interview. “As Isaac said, air travel isn’t quite what it was. But hopefully when the world tilts back on its axis, I’ll be jumping on a plane, I think.”

Speaking to NME last year, Marr said he would like to be reunited with the group “one day”. “That’s not me being coy – I just miss them,” he explained. “We’ve just got so much planned for the next couple of years. We’ve got the double album, touring and then I’m going to probably do another film, but I’d probably have to do a new record with Isaac. They’re the one band that I’d rejoin.”