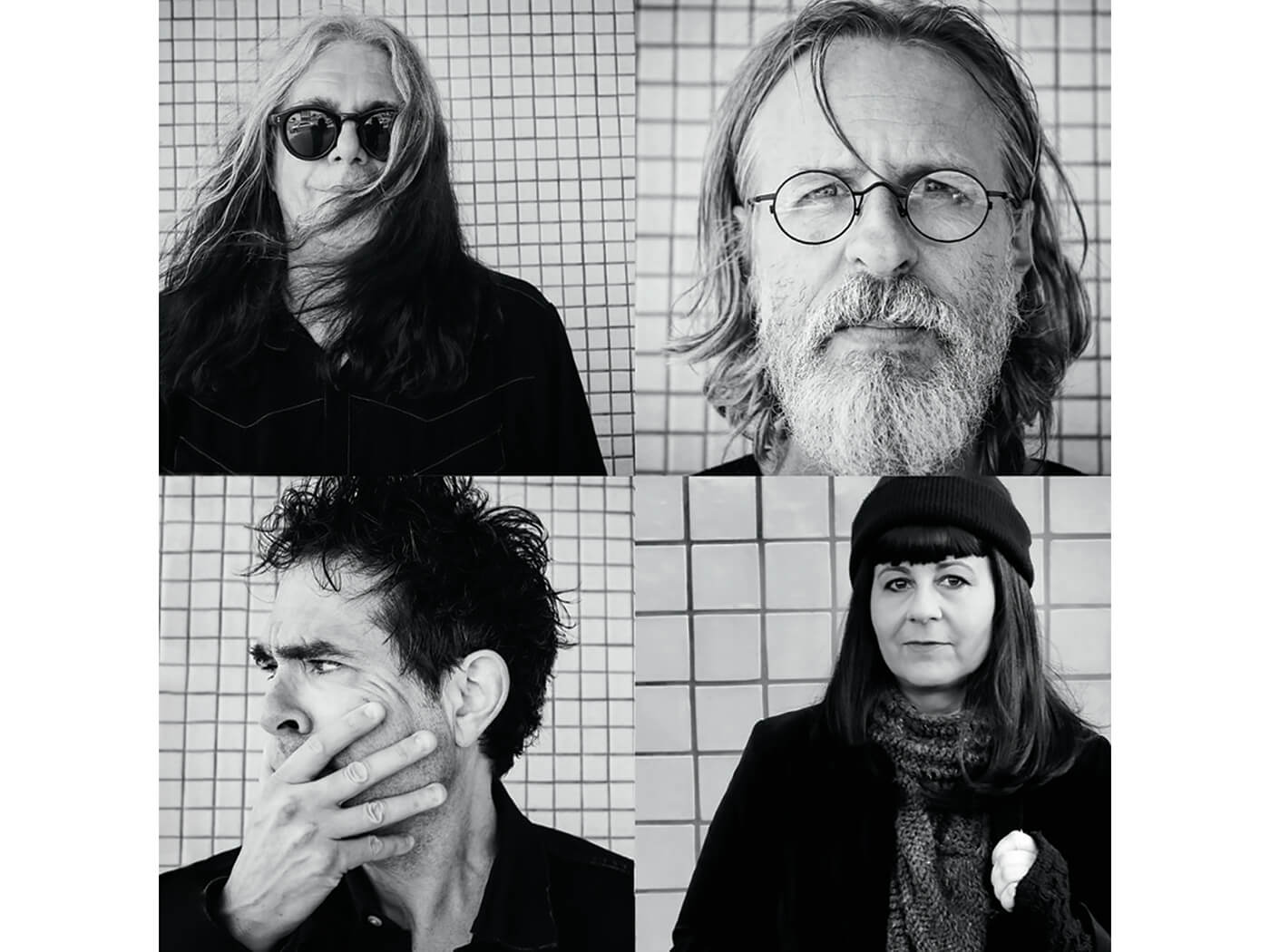 Jon Spencer & The Hitmakers – Spencer Gets It Lit

Before there was Jack White, there was Jon Spencer, the original underground white boy rock’n’roll freak force with jet-black hair and an encyclopedic knowledge of the blues. In 1991, after playing in Pussy Galore, he formed The Jon Spencer Blues Explosion with Judah Bauer, Russell Simins and a theremin. The band blasted a scuzzed-out amalgam of garage rock, punk, blues, R&B and occasionally hip-hop, with no bass guitar, unwitting progenitors to the garage revival of the new millennium and bass-free acts like the White Stripes and The Black Keys.

Spencer has always followed his offbeat instincts, seemingly allergic to the requirements of a commercial crossover. His particular aesthetic – monster-movie camp meets a record collector’s studiousness and a charismatic preacher’s howls – has endeared him to a host of likeminded but more famous oddballs, everyone from the late Anthony Bourdain to the director Edgar Wright. But it has also placed him firmly in the margins, in spite of a few hits like “Bellbottoms” (used in Wright’s film Baby Driver) and funk burner “Calvin” from 1998’s Acme. Instead of moving zillions of units, he built his reputation as a live act, one of the most wild and magnetic to ever launch from New York’s sonic underbelly.

Since the ’80s, Spencer has been an unwavering force on the Downtown scene, a living antidote to the myth that underground rock in New York was dead near the turn of the century. It couldn’t have been, because Spencer has always been very much alive. With him, there’s never been a lengthy hiatus or calculated retirement and then comeback. So it’s no surprise that his latest feels like the natural extension of a decades-long arc, ringing of Spencer’s singular aesthetic with subtle updates to the template. It grooves, but it doesn’t jam. It’s junked out, but never trashy (Pussy Galore alum Bob Bert in fact plays a collection of trash cans and scrap metal). It’s moody and strange, but never unlistenable. Spencer is a showman, after all, a sonic witchdoctor who’ll blow your mind but not make you work too hard for it.

The album trades the theremin for Sam Coomes’ Farfisa organ and other buzzing synths, and the singer’s signature “bluuuuuues exploooosion” interjection for an amped-up, often terrified, narrator. “You talk about gold/But you’re selling trash/You’re just a junk man”, he insists on the album’s opening track, an indictment that applies to any number of modern leaders oblivious to everything but personal gain. In “The Worst Facts”, Spencer takes stock of his own mortality as an aged rocker in a future time: “People don’t play that way anymore!” he blurts over a twisted drone. “Worm Town”, the album’s sixth track, finds Spencer’s character in a “…big dirt nap, six feet deep”.

Though the album’s lyrics are often sobering, its music, with its deep groove and pulsating fuzz, is notably energising, a duality that offers just the right amount of weight. It also relays a palpable sense of urgency, the feeling that even if the world is ending, we should have fun on our way out. For a man who finds his mojo onstage, two years of lockdown was particularly deadening, which makes the liberating effects of this music that much more palpable, its wild freakbeat a freeing force. “There are songs to sing, noises to make, places to go – y’know, got a lot of living to do!” Spencer says.

The aleatoric energy running through the record also aids its revitalising quality, teetering on the precipice of unhinged without outright toppling over. Throughout, there is the sense that the performances were recorded in those fleeting moments when a new song tips from chaos to cohesion. It also portends the truly enticing promise of a new Spencer release: the live show. And this time around, it promises Sleater-Kinney alumnus Janet Weiss behind the drum kit, joining her Quasi partner Coomes.

Spencer Gets It Lit is the strongest recorded offering from the rocker since the Blues Explosion’s 2012 album, Meat + Bone. But outside of its individual merits, it fulfills another need in a society prone to homogeneity via viral trends and fast fashion: a world with Jon Spencer in it.