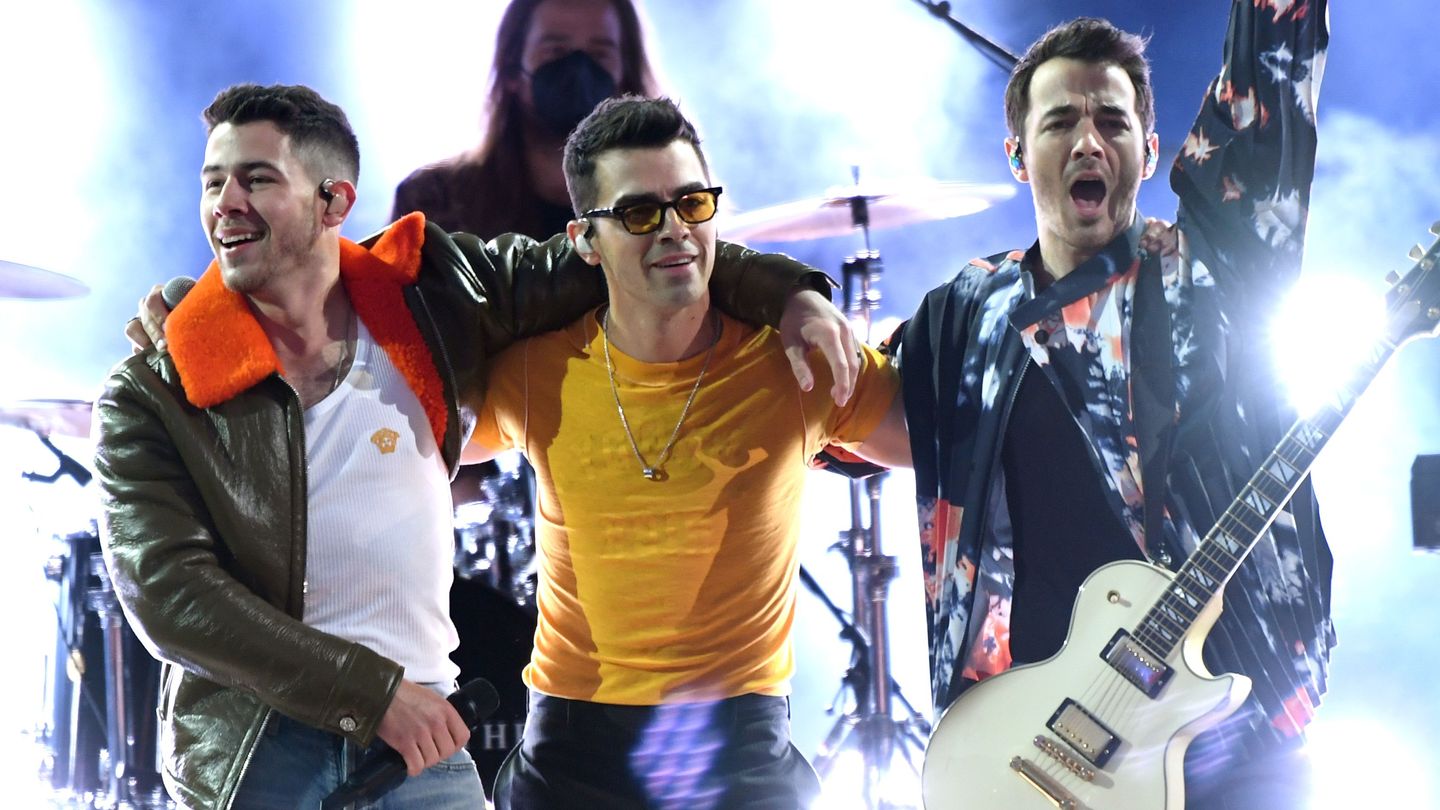 On The Tonight Show Starring Jimmy Fallon, the host kicked off the hilarious game by doing a cover of Gotye’s “Somebody That I Used to Know,” but singing it “like you just got the rubber bands on your braces tightened.” Joe performed Harry Styles’s “Watermelon Sugar,” singing like he was walking across hot coals and hitting high notes as if he was in pain. Nick then sang Olivia Rodrigo’s “Good 4 U” but as if he got his tongue pierced, so he was barely comprehensible. Lastly, Kevin sang Creed’s “With Arms Wide Open” as if he was trying to communicate a secret message with his eyes in a really deep voice.

The brothers concluded the challenge with a trio performance of their own hit “Sucker” — but playing as if they were a Chuck E. Cheese animatronic band. Kevin donned a mask while playing a small bass guitar that looks like it’s made for kids; Joe brought out an action figure to the camera while playing his acoustic guitar.

Joe, Kevin, and Nick also appeared on The Tonight Show to promote their upcoming Olympic Dreams Featuring Jonas Brothers special. With the U.S. Olympics team pumped in preparation for the games and opening ceremony in Tokyo, the Jonas Brothers are competing with each other in their own personal games, including in the fields of track, gymnastics, and BMX biking.

“We got the opportunity to pretend we’re Olympic athletes for a week or so and about a day training with incredible athletes and then actually compete [against] each other,” Kevin said. “And they filmed it for the audience at home to laugh at us.”

Nick actually broke a rib during the filming process and confirmed he is doing “a lot better.” “It’s not all that exciting,” he admitted. He detailed that they had real Olympic athletes training them, and the brothers initially felt confident because the coaches claimed the BMX biking was set at the difficulty level for 11-year-olds. However, they were spared from the knowledge the athletes have been training in BMX since they were 3 or 4 years old, thus being experts.

“It couldn’t have been worse timing, because that week following, we shot the music video for our song with Marshmello, ‘Leave Before You Love Me,’ Nick said. “I was hosting the Billboard Music Awards and performing with the brothers, and we had The Voice finale in the same week.”

The Olympic Dreams special will premiere tonight at 8 p.m. ET/PT on NBC and Peacock. The special features Olympic athletes coaching the brothers: Sydney McLaughlin and Sanya Richards-Ross in track, Laurie Hernandez and Nastia Liukin in gymnastics, and Alsie Willoughby in BMX biking.