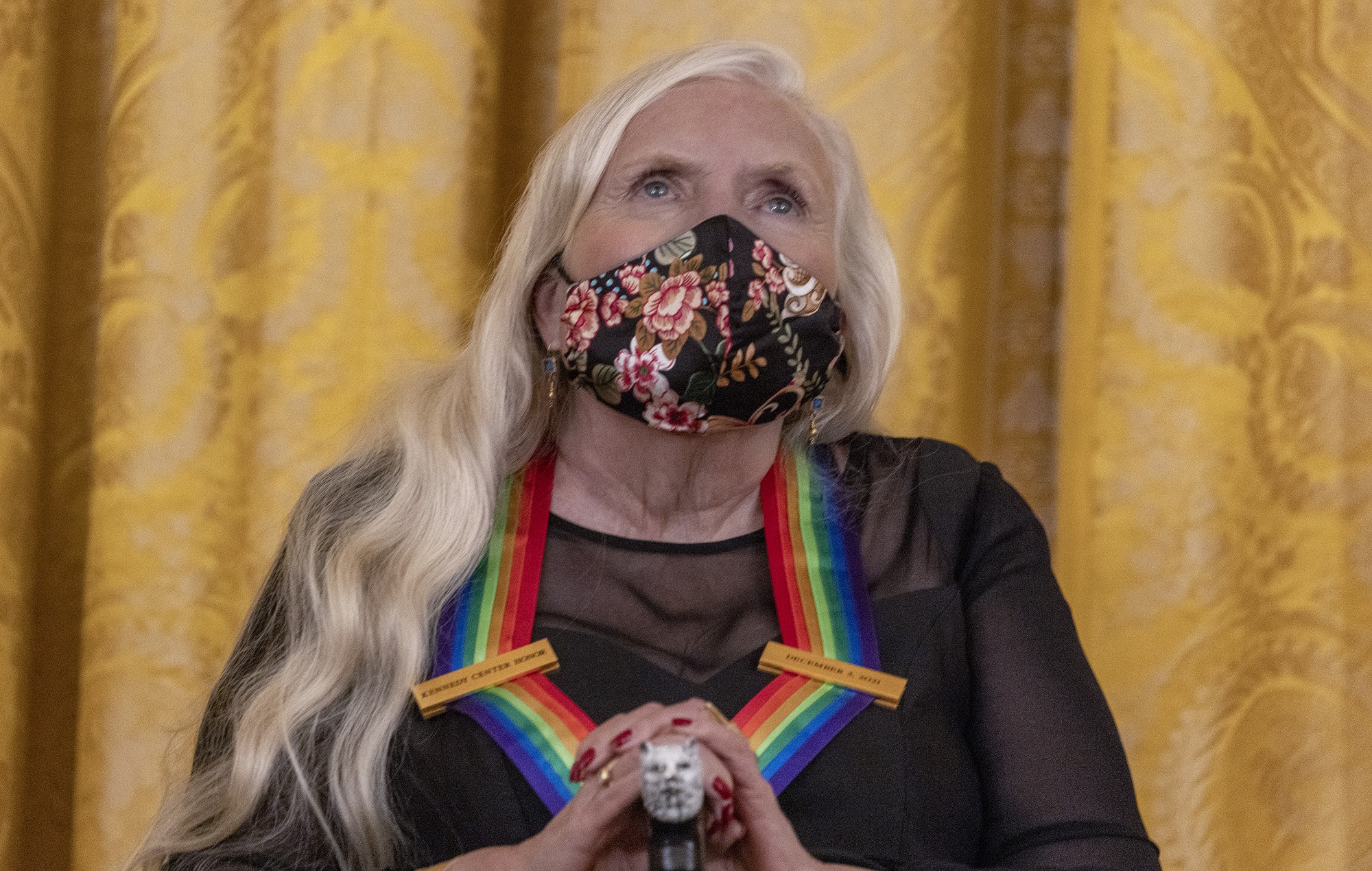 The singer-songwriter suffered a brain aneurysm in 2015 that left her temporarily unable to walk or talk. Later that year she was said to be “making good progress”.

And last year she spoke out again about the incident in a rare interview saying at the time: “I got my speech back quickly, but the walking I’m still struggling with”.

Now, the singer has addressed her health issues at the 44th Kennedy Center Honors after picking up a lifetime achievement award at the John F. Kennedy Center in Washington DC.

“I always think that polio was a rehearsal for the rest of my life,” she said, referring to the disease she suffered aged nine. “I’ve had to come back several times from things. And this last one was a real whopper. But, you know, I’m hobbling along but I’m doing all right!”

Mitchell hasn’t released a studio album since 2007’s ‘Shine’ but has released two volumes of an ongoing archival project in recent years.

Earlier this summer she was named as MusiCares’ 2022 ‘Person Of The Year’.

Mitchell will be at the centre of a tribute concert held by MusiCares, the charity arm of The Recording Academy which hosts the annual Grammy awards, on January 29, 2022 during Grammy week in Los Angeles.