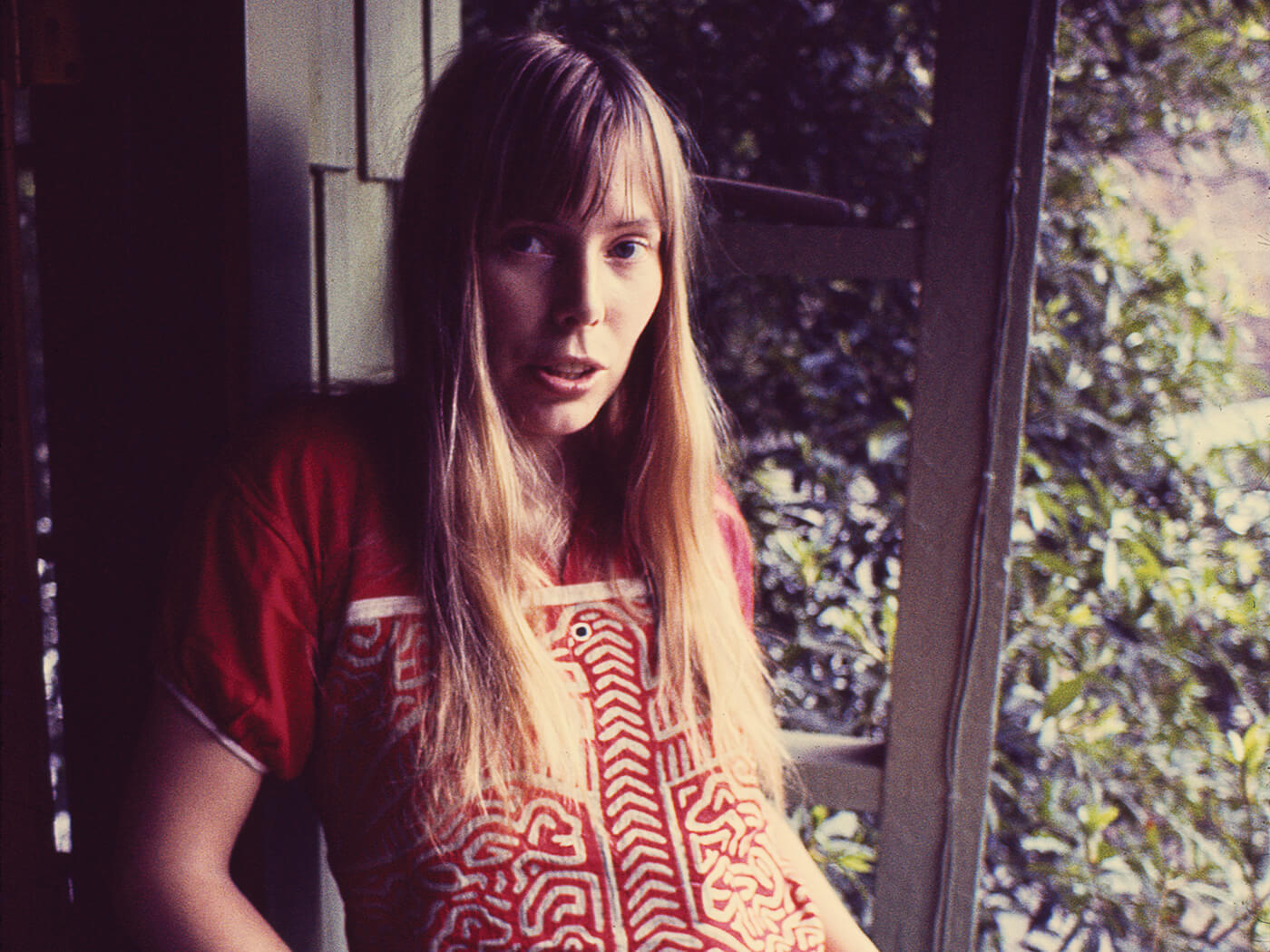 What a time it was, 50 years ago and more, when Joni strode to power, part of a musical royalty whose clarions shouted dominion over a broad Earth. Fans waited, breath bated, for the latest album/bulletin from lives lived in luxurious wonder. Hearth ballads for McLuhan’s global campfire. Picaresques and intrigues from the fabled Canyon came alive in the music she made between 1968 and ’71, as the poet collapsed sideways into the pop star. Songs are barely concealed public missives (pigeon-posted tweets?) between friends and lovers, minstrels-in-arms and the hopelessly love-smitten.

This moment of possibility for the pop song – when it held the world’s attention on a scale unimaginable today – is when Joni Mitchell’s music, with its passions and its probings, came alive. The fifth disc of this boxset – five CDs or 10 LPs totalling six hours of home tapes, studio outtakes and live recordings – finds her at London’s Paris Theatre in December 1970 in duo with James Taylor, performing A Case Of You, inspired by her previous affair with Leonard Cohen, and California, about a fling with another man on Ibiza. As she and Taylor dovetail and harmonise, we know the couple are romantically involved, although we’re also aware that, three months hence, the relationship is toast.

This second volume flows from the compilation, released earlier this year, of the freshly stirred early run of Joni albums, Song To A Seagull (1968), Clouds (1969), Ladies Of The Canyon (1970) and Blue (1971). Where those remasters largely enhanced the originals’ meltwater clarity, Volume 2 cherrypicks from Mitchell’s extensive archive of informal recordings, demos and experiments from the same time frame. It plays like a sketchpad and commonplace book, but hangs together much better than the grab-bag of doodles it could have been.

Emerging from the post-Baez/Dylan North American folk scene, Mitchell was a storyteller and poet, a woman of letters whose voice was amplified by the sudden rise to power of the pop star. Re-hearing these songs in the concert tapes and demos here, one is again struck by the impression of a female voice both strong and vulnerable, painting fleeting glimpses of a modern world – LA boulevards, hipster cafes, transatlantic flights – in the musical idiom of the medieval troubadour. At the same time a track like Get Together, from a Carnegie Hall concert in February 1969, reminds you what a shit-hot guitarist she was.

The big scoop here is the full live set from Le Hibou Coffee House in Ottawa, Ontario, on March 19, 1968. It documents a highly eventful period: Mitchell had already been in residency there for a week, and just a couple of days earlier had hooked up with Graham Nash for the first time, as The Hollies swung through town. Not only is this a remarkable solo set in impressively high fidelity, but the owner and operator of the tape recorder that night, rapt in the front row at this “fantastic girl with heaven words”, was none other than Jimi Hendrix. The guitarist –Joni’s Reprise labelmate, even though they had never met – was engaged at the Capitol Theatre across town, called her up in advance, and showed up at the door with a reel-to-reel under his arm. The wonderful mental image of Hendrix the fanboy kneeling at her feet, with his Mexican moustache and wide-brimmed hat, twiddling knobs and adjusting the sound for his own private collection, greatly enhances an already lovely solo set.

In his diary Hendrix described the tapes as “marvelous sound on first show. Good on 2nd”. It’s not clear how much postprocessing has been applied, but the recording paints an extremely vivid picture of the unamplified Joni from a couple of meters away. Even so, we’re lucky to be able to hear it at all, as someone nicked the original tapes from Hendrix a few days afterwards. They eventually turned up in another collector’s stash that had been donated to Canada Library and Archive, who handed them back to Mitchell.

On all the live recordings here (Ann Arbor, Carnegie Hall, University Of California, The Dick Cavett Show, Saskatchewan, Vancouver, London), Joni’s between-song chats remain affable yet never self-belittling. It wasn’t always easy for female solo artists, amid the macho camaraderie of the road. Considering she’s navigating the spaghetti interchange of these fleeting relationships, holding the act together under heavy label manners and touring discomforts, Joni’s composure on stage deserves to be marvelled at. In London, four months after the Isle Of Wight debacle, she’s still taking her time to spin stories about sagacious kids, or the history of the dulcimer. The way she ends Big Yellow Taxi trilling “They paved paradise”, dipping down to a false baritone for “put up a parking lot” is always charming. John Peel is compere, and the compilation also includes her live session for Peel’s Top Gear from September 1968, with the John Cameron Quartet cloaking her in neo-Renaissance apparel more familiar in the Albionic folk of the time.

These few tracks aside, this Volume 2 contains very little trace of the jazz pivot her music would take later in the decade. The outtakes covering that period are going to make fascinating listening. Meanwhile, this feels like a completist’s dream –because even Joni Mitchell’s storeroom sweepings are spangled with diamond dust.