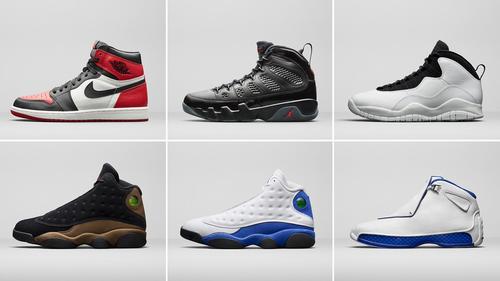 The select styles that were introduced today are not the full Spring 2018 lineup, but it gives fans a taste what’s in store for the remainder January, as well as February and March.

Jordan Brand will kick things f this Saturday, January 20th with the release the “Olive” Air Jordan 13. The “Royal” Air Jordan 18 and “Cool Grey” Air Jordan 10 will also make their way to retailers later this month.

Scroll down to check out some more additional images, as well as release details.