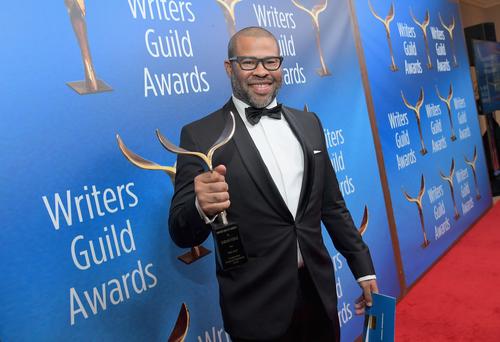 Jordan Peele's "Get Out" Follow-Up Beginning Production Later This Year

Get Out proved to the 2017’s biggest success story, nabbing critical praise and award show recognition, while also captivating audiences with its unique cinematic tone. The film also proved to be a box-fice smash, becoming the most pritable outing released last year.

RELATED: Jordan Peele Recalls Chance The Rapper Losing It At “Get Out” Screening

In its wake, Jordan Peele has moved past his humble beginnings as an actor/comedian to become one Hollywood’s most distinct auteurs brandishing a singular style as a filmmaker. Peele has now revealed that he will definitely follow-up the resounding success his first film with a sophomore effort that is slated to begin production later this year.

Speaking with The Hollywood Reporter, the director notes how he’s currently working on the screenplay for his next feature, admitting that “I’m just trying to entertain myself again.” While details about the project remain scant, Peele does reveal “one thing I know is that this is genre; and playing around with the thriller, horror, action, fun genre intrigue is my favourite. That’s my sweet spot. So I think tonally it should resemble Get Out. That said, I want to make a completely different movie. I want to address something different than race in the next one.”

RELATED: Jordan Peele “Seriously Considering” A Sequel To “Get Out”

Peele also speaks about the pressure in following up a film as revered as Get Out, asking himself “what do I do next? How do I top this? And you know, and I think it’s important to focus on stories that are true to me. I go, when writing Get Out, my sort mantra is or was, let’s write my favourite film I haven’t seen yet. So I think it’s easy to get sort bogged down in how does this compare to the first one, how does that compare. When all is said and done, my next film, I am currently writing it and I’ll direct for Universal this year.”