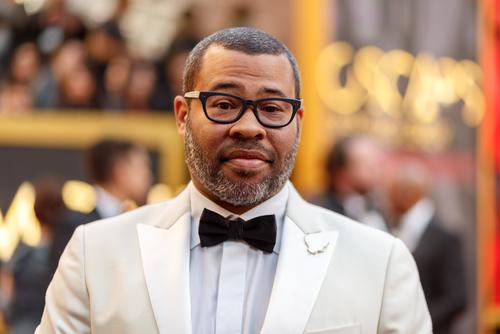 Jordan Peele's "Get Out" Wins Oscar For Best Original Screenplay

Jordan Peele’s Get Out has won the Academy Award for the Best Original Screenplay, marking the first time a black writer has won in the category as writer and director Jordan Peele accepted the award.

Peele’s breakout hit film is nominated for four distinct categories, including the Best Picture award, and this win ficially eradicates any doubt the film’s critical acclaim alongside the cultural impact it has had since its release.

“I knew if someone let me make this movie, that people would hear it and people would see it,” Jordan Peele said while accepting his award, describing the countless times he almost scrapped the film but decided to keep writing in hopes getting the story out once and for all. “I want to dedicate this to all the people who raised my voice and let me make this movie …] to everybody who went and saw this movie, everybody who bought a ticket, who told somebody to buy a ticket—thank you. I love you for shouting out at the theater, for shouting out at the screen. Let’s keep going.”

Last year, Get Out claimed the impressive accomplishment being 2017’s most pritable film, enjoying a 630 percent return on its investment, grossing $252,434,250 worldwide on a $4.5 million budget. It is Peele’s debut film following his long success as one-half sketch comedy duo “Key & Peele.”