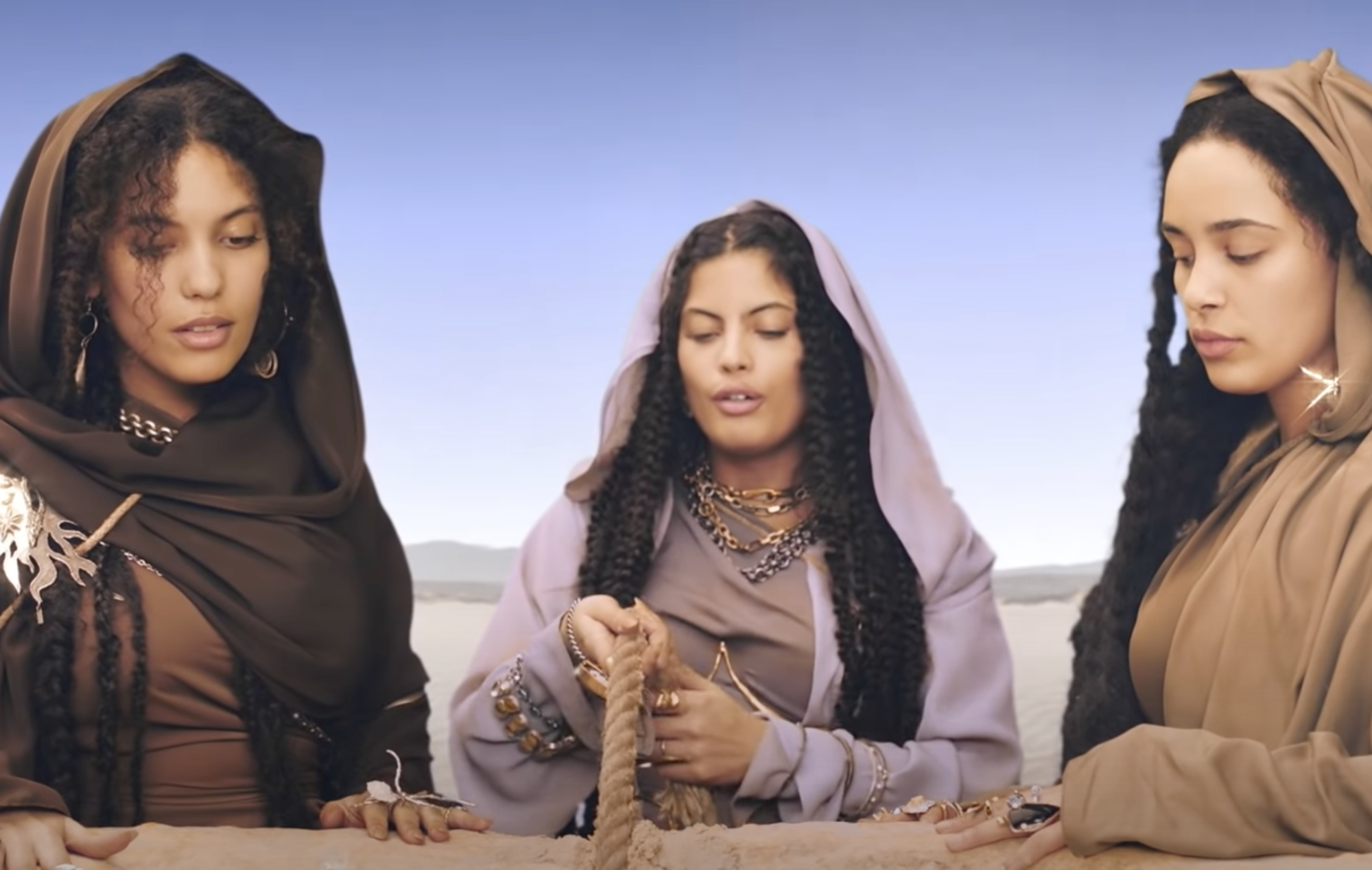 Jorja Smith has teamed up with Ibeyi for a radiant new R&B track called ‘Lavender & Red Roses’ – watch the song’s video below.

The latest preview of Ibeyi’s forthcoming album ‘Spell 31’, which is set to arrive May 6 via XL Recordings, follows on from the singles ‘Sister 2 Sister’ and ‘Made Of Gold’ featuring Pa Salieu.

According to Complex, Smith dropped in at the Afro-Cuban French duo’s studio to hear their upcoming album, but she was immediately enamoured with ‘Lavender & Red Roses’, so Lisa-Kaindé and Naomi Diaz made space on the track for her. Smith also appears in Lucrecia Taormina’s desert-set video for the song.

“‘Lavender & Red Roses’ is a song about the feeling we all experience when we love someone troubled. It could be a partner, a sibling, a parent, a friend,” Lisa-Kaindé said of the song. “We wanted to talk about the pain of witnessing a loved one hurting, repeating patterns and getting lost. And how it triggers in us the desire to reach them, hold them tight and wash their troubles away with lavender and red roses.

“But the truth is you can’t save them. If they pull you into their darkness, you will have to protect yourself and allow them to find their own strength and light in their own way.”

Speaking about the video and Smith’s inclusion, Lisa-Kaindé added: “We knew we wanted to create something with Jorja that would be different from what we’ve done previously, that would allow us to connect with the true meaning of the song.”

“When we came across the three sisters of fate from the Greek mythology, who personify fate, we knew immediately that it would be the right idea. Clotho, Lachesis and Atropos are sisters, one of them creates the thread of fate, the other analyses it, and the third one cuts it.” You can check out the video above.

Meanwhile, Jorja Smith is one of the names set to perform at North London music venue KOKO, which is set to officially reopen later this month following a £70million restoration and redevelopment.