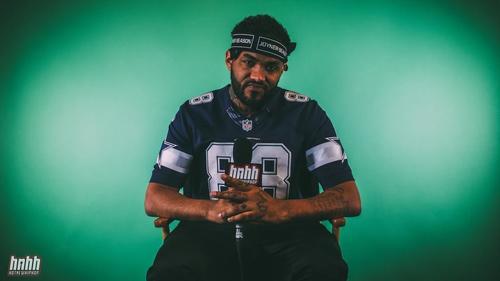 Joyner Lucas & Chris Brown Are Working On New Music Together

Joyner Lucas has seen quite the success over the past couple months, particularly thanks to his powerful new song & video “Im Not Racist” and his remix over Lil Pump’s “Gucci Gang,” but it appears he’s got more heat in the vault for us. On Thursday afternoon, the NYC emcee took to twitter to announce that he and Chris Brown have been making music together, and it’s fire. He’s also added that Chris might be his favorite new rapper too, referring to him as Michael Jackson.

RELATED: Why Joyner Lucas’ “I’m Not Racist” Is The Most Important Video Of The Year

“You ever heard Michael Jackson rap? Lol well Me and @chrisbrown got a lot heat in the oven. No bullshit tho,, breezy mite be my new favorite rapper. ? you’ll see,” Joyner tweeted out.

There’s no other information known about the future collab as that’s all he tweeted out, but there’s no denying the fact that these two on a track would be pretty dope.

Chris is coming f the release a new 45-song double album called Heartbreak On A Full Moon, which dropped back in November. Meanwhile, Joyner had a huge year in 2017 and released his impressive 508-507-2209 project back over the Summer in June.

We’ll keep you posted if any further information surfaces or gets revealed, but in the meantime check out the tweet (below) and revisit Joyner’s latest remix over 21 Savage’s “Bank Account” right here while you wait.

Who’s excited to hear Chris Brown & Joyner Lucas on a track together?