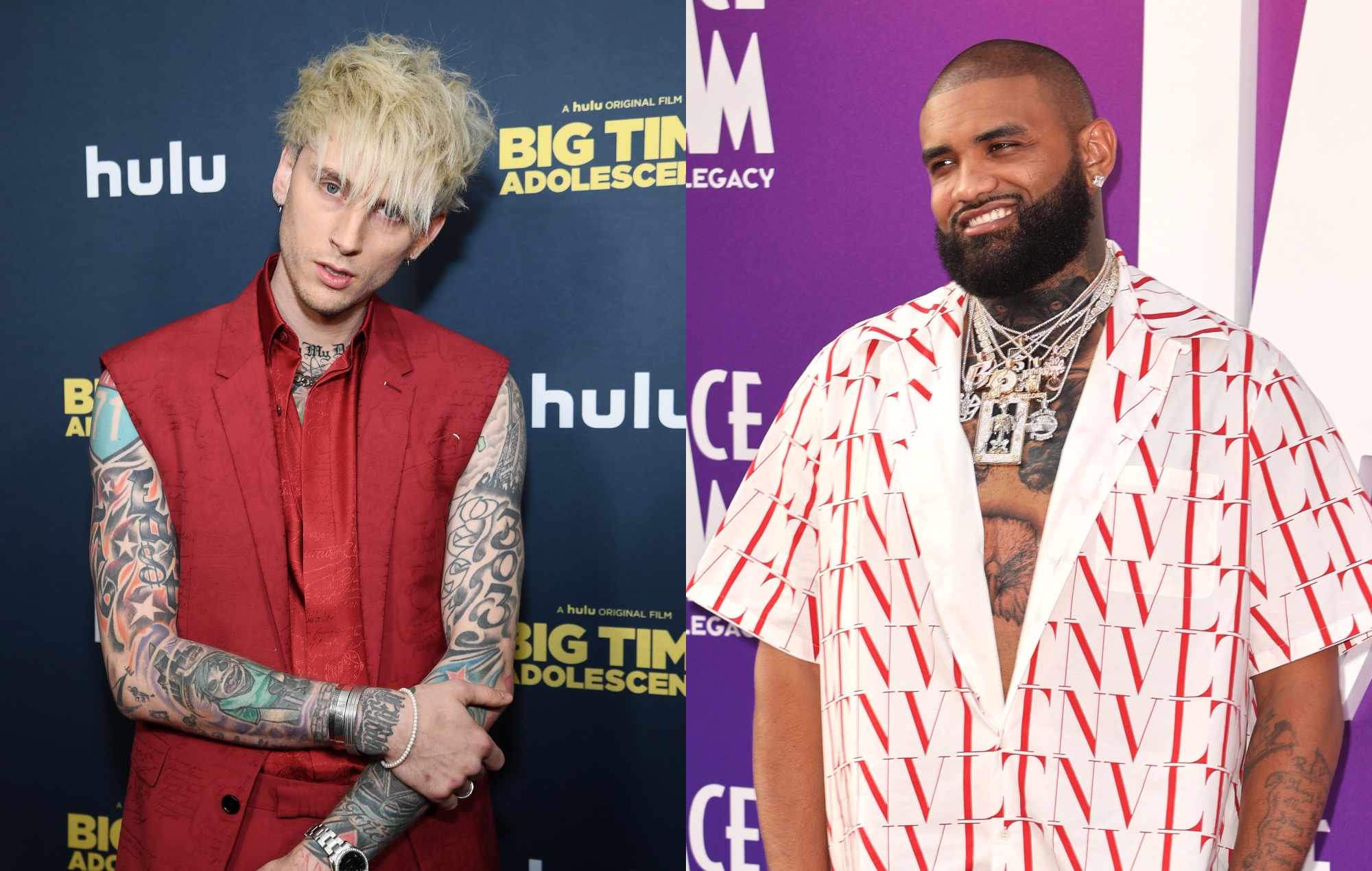 Joyner Lucas has deleted a series of tweets that took aim at Machine Gun Kelly and Lollapalooza, claiming that his account was taken over by Russian hackers.

Earlier this week, tweets sent from the rapper’s account criticised Lollapalooza for Lucas’ placing on this year’s line-up poster while hitting out at “goofy ass” headliner MGK.

The four-day Chicago festival shared its 2022 bill on Tuesday (March 22), with Green Day, Dua Lipa, Metallica and J. Cole all appearing as headliners. Beneath those acts are Doja Cat, Machine Gun Kelly, Lil Baby and Kygo.

Lucas, meanwhile, appeared around mid-way down the Lollapalooza poster in the smallest-sized font. In response, he seemingly took to Twitter to post a series of tweets in which he accused the event’s organisers of “playing” him.

Now, the ‘ADHD’ rapper has deleted all of the tweets and claimed that his account was hacked by Russians.

“Them Damn Russian hackers dun hacked my phone yesterday smh,” Lucas tweeted yesterday (March 24). Whether this was in jest is not clear, but the tweets have now been removed from his feed.

One of the deleted tweets read: “Putting my name next to the names of a bunch of random n****z that nobody heard of and offering me a weak ass [money emoji].”

They went on to say Lucas had declined Lollapalooza’s offer to perform, but claimed that organisers “put me on the flier [sic] anyways”.

They continued: “N***az is on gon start putting respek on my name. For years I been getting these weak ass offers like I’m some lil n***a. Then n***az who ain’t even on my level or doing my numbers is getting put in BIG LETTERS while they write my shit hella small on the flier.! How sway?!!”

After calling Lollapalooza “disrespectful”, the tweets later turned their attention to MGK while posting an image of the musician. “Then you got this goofy ass n***a headlining?” one tweet read. “Smh how sway?”

They continued: “Lol What my brother Marshall [Eminem] did to this n***a @machinegunkelly is light compared to what’s waiting if he wanna walk down that street wit me. Ain’t nobody worried bout a n***a who paints his nails.”

Machine Gun Kelly is yet to respond to the tweets. Sharing the Lollapalooza poster on his own Twitter account, MGK wrote: “I CANT BELIEVE IM SEEING THIS!!!! the last time we played Lolla was 2017 on a sunday at 1pm now we’re headlining wtf i’m so grateful it’s all because of YOU.”

Meanwhile, MGK (real name Colson Baker) has spoken out to defend his success as a pop-punk artist, explaining that he’s “earned that shit”.

The rapper/rocker’s new album ‘Mainstream Sellout’ was released today (March 25). In a four-star review, NME‘s Ali Shutler wrote: “‘Mainstream Sellout’ is driven by a relatable sense of angst and its outsider anthems will continue to speak to the millions who see Machine Gun Kelly as the saviour of punk rock.

“For better or worse, Baker makes no attempts to convert those who still doubt him, though. ‘Mainstream Sellout’ finds its author still refusing to play by the old rules, though it inevitably lacks the shock of the new that made …’Downfall’ so exciting. Still, it seems that, like the pop-punk revival itself, Machine Gun Kelly won’t run out of steam any time soon.”