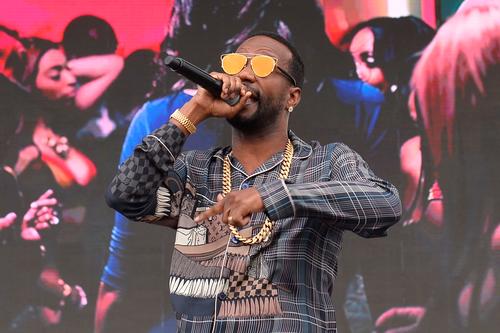 Juicy J is a man making some serious music moves as late. His most recent album, Rubba Band Business, was met with audience enthusiasm at the tail end last year, and now, the rapper has revealed that more new material will soon be seeing the light day.

In a post that he made to his ficial Instagram page, the rapper share some details about his upcoming project with fans. Apparently, the new mixtape will be called Shutdafukup and is being produced by $UICIDEBOY$, one the underground’s hottest acts. Further to that, J is saying that this upcoming music will see him kick it old-school: “I took it back 1995 style,” he wrote in the caption. You can view the full post below.

At this point, there aren’t any significant details floating around about this upcoming project from Juicy J, but it seems as though the veteran emcee is trying to parlay the strengths  Rubba Band Business into another impressive outing here. With production that was much-admired in the rap community and boasting some memorable features from Migos (among others), there’s little doubt that Juicy J might be dealing with some higher expectations when it comes to his new material. Only time will tell if his next tape will be as well received by his fan base.

RELATED: Why Three 6 Mafia Are One Of The Greatest Of All Time

What say you – are you stoked for Juicy J’s upcoming project? Are you down with the $UICIDEBOY$ production possibilities? Let your voice be heard in the comments section.