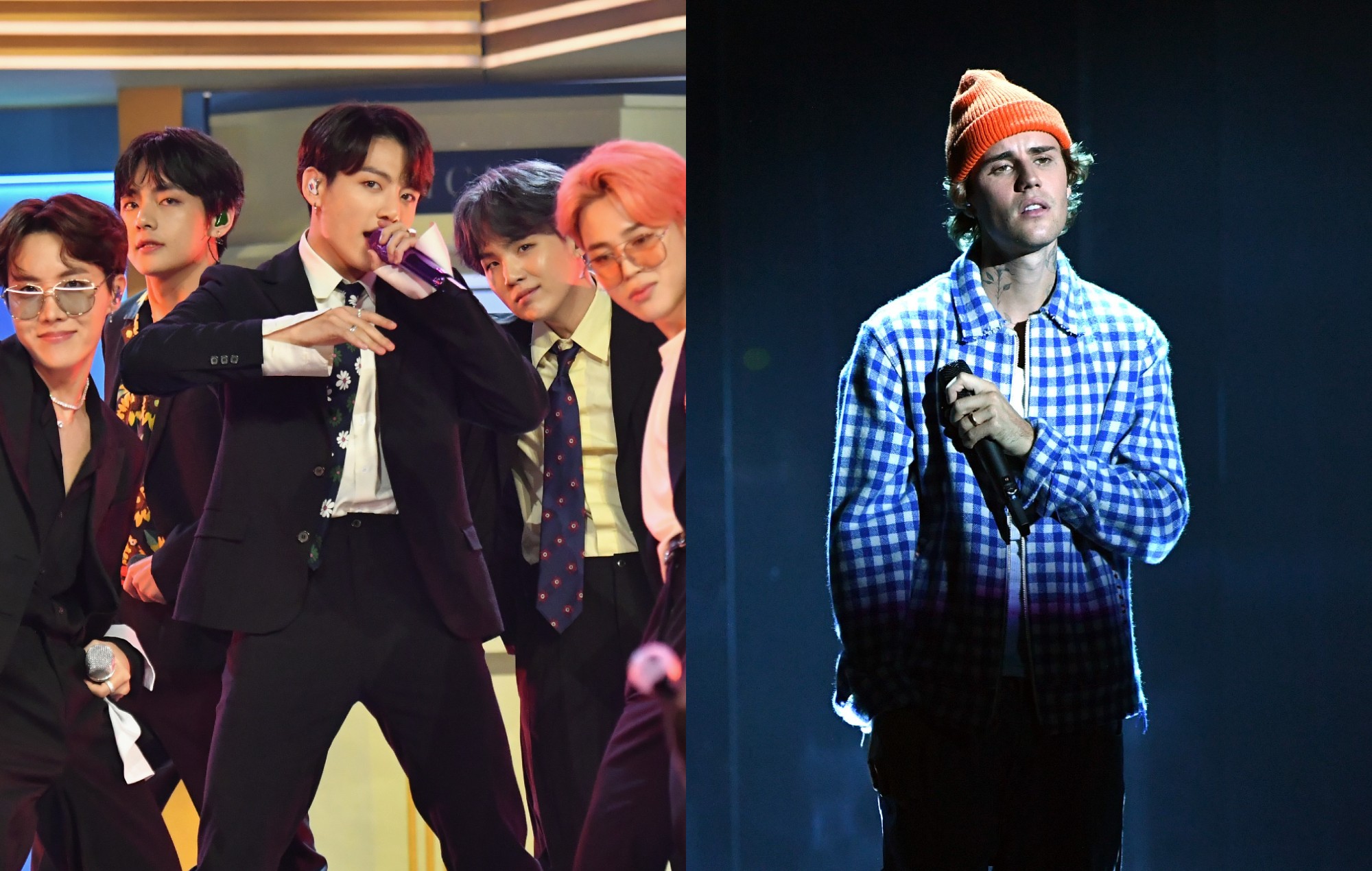 Justin Bieber and BTS are reported to be collaborating

Justin Bieber and BTS are reportedly preparing to enter the studio together.

The pop superstars are said to be working on a track to feature on a deluxe expanded edition of Bieber’s recent album ‘Justice’.

A source told The New York Post‘s Page Six: “They are taking their time on it and going to make sure it is released right.”

They said the song “could be part of a deluxe release of ‘Justice’ to keep the album on the charts.”

A deluxe edition of ‘Justice’ would be the second such release. ‘Justice (Triple Chucks Deluxe)’, which featured collaborations with Lil Uzi Vert,  Jaden Smith, Quavo, DaBaby and Tori Kelly.

BTS have also named Bieber as an influence in past interviews, while Bieber indicated mutual fandom when he lip-synced to a chant of the BTS members’ names on TikTok.

The collaboration would also come after a significant merger between HYBE – the label of BTS formerly known as Big Hit Entertainment – with Ithaca Holdings, the company of Bieber’s manager Scooter Braun.

As part of the deal, Braun, who also manages Ariana Grande among others, will now sit on the board of HYBE, while his business partner Scott Borchetta will remain CEO of the Big Machine label, formerly home to Taylor Swift.


Big Hit announced its rebranding as HYBE last month in an attempt to become a “music-based entertainment lifestyle company.”

Earlier this week, HYBE was included on TIME Magazine‘s ‘100 Most Influential Companies of 2021’ list.