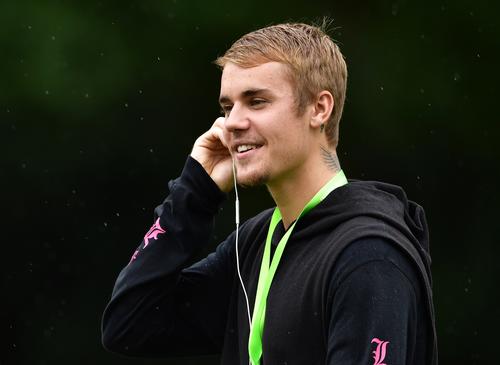 Drake is coming f the release his “Gods Plan” video, which he says is “the most important thing he’s ever done in his career.” The video, which was directed by Kerana Evans, finds the Toronto rapper giving away its million dollar budget to those less fortunate in Miami, Florida. The 6 God decided to document his philanthropic efforts throughout the video, such as giving away $50,000 to a Miami college student, donating $25,000 to a Miami high school, buying food for an entire grocery story, and giving stacks cash to some families in need.

The touching video has been well received by mostly every one the 35 million people who’ve already seen it, and it appears Justin Bieber is a huge fan it. In fact, the Biebs is calling it the greatest video he’s ever seen.

Bieber gave Drizzy the shoutout on Instagram yesterday, sharing a screenshot him watching the video on his laptop, while leaving the caption “Best video I’ve ever seen. sooooo good. here before a billion views !! You got such a big heart brother!!.”

Drake even responded to Biebs’ shoutout, thanking him in the comments. “Thank you brother” he said.

Bieber’s shoutout came a couple days after he participated in the Celebrity All-Star game Friday night, where Quavo took home MVP and even blocked JB in the process (see here ICYMI).

Check out Bieber’s huge co-sign (below), as well as Drake’s response.