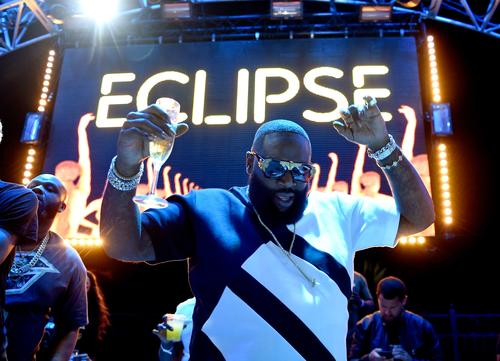 When you put the names Rick Ross, Justin Bieber and Diddy in the same sentence, one might assume that you’re referring to a hip-hop track that is hoping to cross over into the mainstream radio circuit for an extra boost in popularity. Few people would immediately think, on the other hand, that those three would be seen together on the party scene, but here we are.

Justin Bieber shared what looks to be a throwback Instagram picture the three men letting loose with a night drinks and music at an undisclosed nightclub. Sporting a thick chain to go along with a black snapback and some dark shades, Bieber was doing his best to thug up his look, even refusing to sport a shirt in the venue. You can check out the picture below.

Rick Ross was quick to repost the image, referring to Bieber as his “lil homie.” There’s no telling how long ago this was, nor exactly what caused these three music heavyweights to come together for a night out on the town, but it certainly is quite the visual seeing them together. My only question: was there a late night stop at a Wingstop after they were done at the club? The public needs to know.

RELATED: Diddy Insists He & 50 Cent Have No Beef, Claims Fif “Loves” Him

Speaking Justin Bieber, his on-again relationship with Selena Gomez reportedly hasn’t sat well with his boo’s mother, who has exchanged disapproving words with her daughter since the couple made their reunion public. You can read more about that story by clicking here.