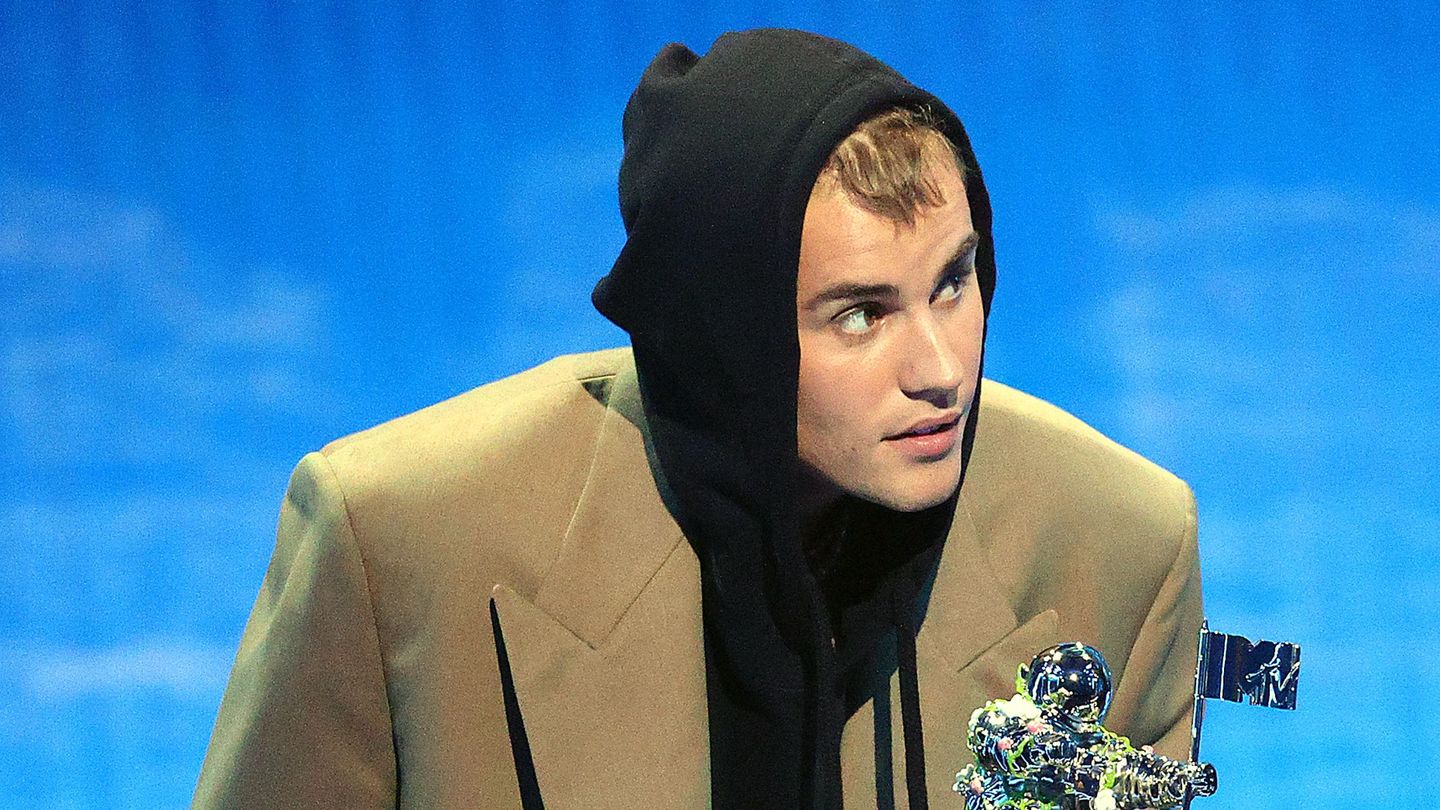 Everyone else is playing catch-up to Justin Bieber.

At the 2021 MTV VMAs, Bieber was crowned Artist of the Year, capping off an insurgent run that’s found him releasing a new album, Justice, starring in Drake’s “Popstar” video, and hitting No. 1 both with his infectious tune “Peaches” and his collab with The Kid Laroi, “Stay.” And he was ready to meet the moment. Accepting his latest Moonperson trophy, he spoke to that moment while also making sure to share it with those around him — namely his wife, Hailey, and a big inspiration: Travis Scott.

“I look over here and I see my beautiful wife, and I just wanna say I love you so much,” he said sporting a large jacket and hoodie. “Travis Scott, man, you inspire me so much. Thank you for being you.”

Bieber also made sure to take a moment to reflect on not just his moment, but the moment we’re all in. “As we know, there’s so much going on in the world as we speak,” he said, holding his Moonperson. “We’re in unprecedented times right now.”

Biebs used his platform during his own moment of optimism to point toward a hopeful future — and shout out music’s role in that.

“Music is such an amazing opportunity and an amazing outlet to be able to reach people to be able to bring us all together,” he continued. “That’s why we’re here right now. We’re all here together. We got a lot more in common than we don’t. I look around here and I see so many beautiful faces. I really do believe the best is yet to come.”

Bieber beat out Ariana Grande, Doja Cat, Megan Thee Stallion, Olivia Rodrigo, and Taylor Swift in the category. He was the artist nominated for the most VMAs this year, with seven. And he helped kick off the show with a heavenly joint performance with The Kid Laroi.

And honestly? He’s likely the only dude at the VMAs who could pull off this fit. He really did the damn thing.