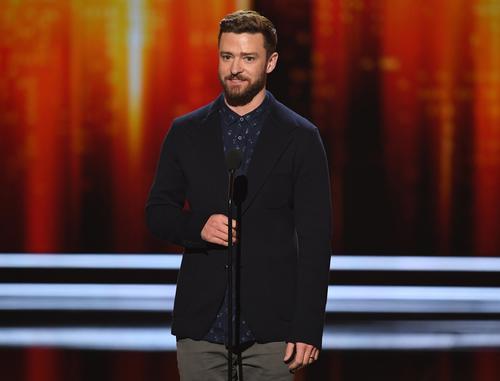 Last week, Justin Timberlake ficially kicked f the campaign for his forthcoming album Man Of The Woods by releasing the lead single “Filthy,” which we found out last week would be followed up by three more songs & videos before the rest the album arrives on February 2nd. And it looks like we’re about to get the second release tomorrow (1/19). On Wednesday, JT took to his social media to share a teaser his new song & video called “Supplies,” which will feature production from Pharrell and be dropping Thursday morning at 8 AM.

From what we can see, the visual finds J.T. sitting down in front a giant cluster television sets in a building that overlooks the nighttime skyscrapers backing him. There are also hints that the visual will feature social commentary.

If you look closer at the TV’s, the words “End Racism Now” appear across one the screens, while other symbols pop up in static-filled transitions, including guns, police cars, American flags, and fire. So it’s possible the record will be about such, but we’ll have to wait a few hours to find out.

Check out the teaser for “Supplies” below, and look for the full thing to drop tomorrow morning.