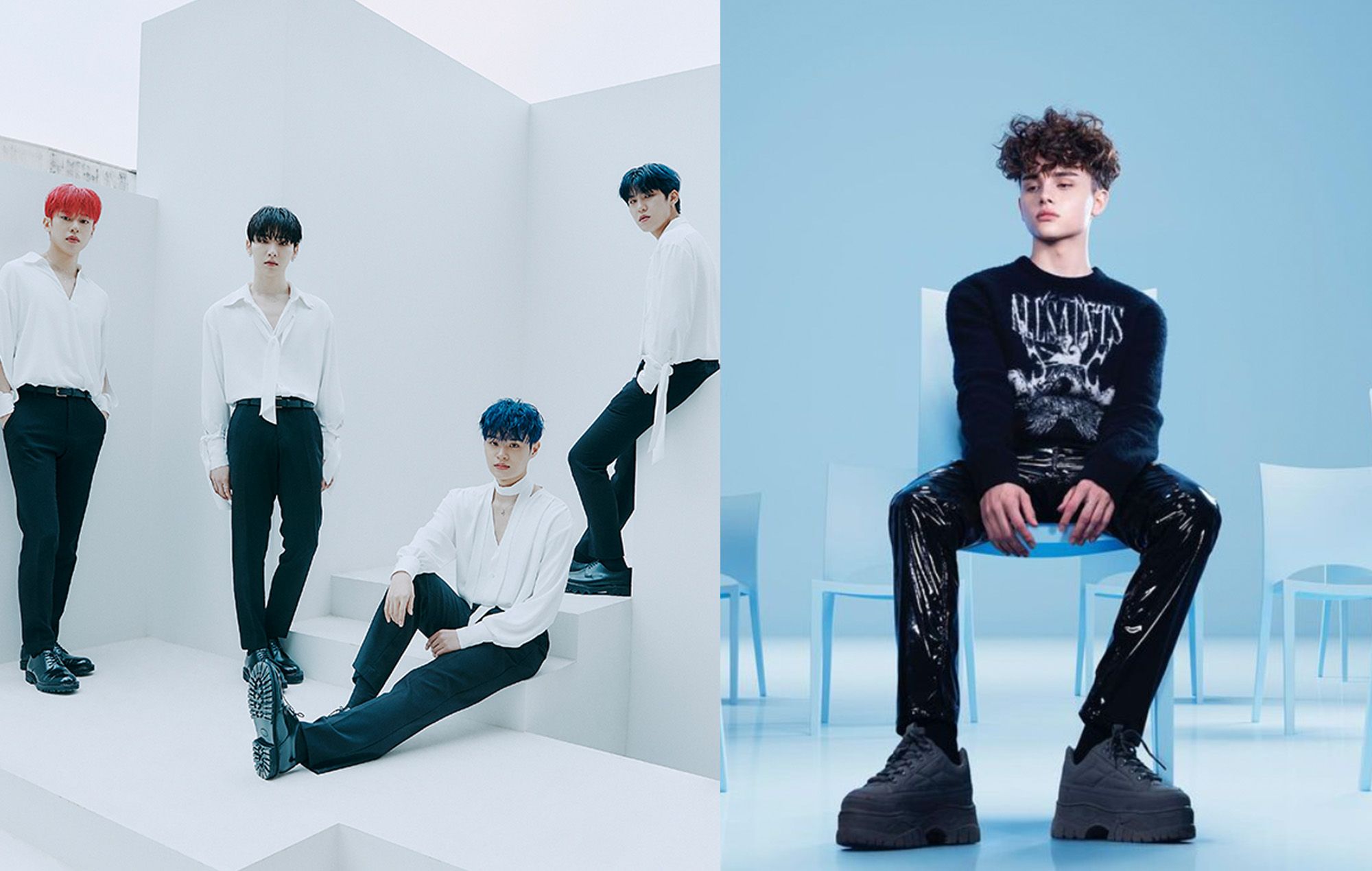 AB6IX have announced a brand-new collaboration with rising American singer Reiley on ‘Moonlight’.

On September 8, the K-pop boyband took to their official Twitter page to drop the announcement, along with a teaser image for the new track that features bubblegum pink visuals for the new track along with its impending release date of September 15. “Finally, it’s happening,” reads the caption on AB6IX’s post.

The official announcement from AB6IX of the new collaboration comes shortly after Reiley himself posted a video teaser of the team-up on his official Instagram page. The video clip, seemingly originally filmed on Tiktok, features the American musician responding to a TikTok comment left on a previous TikTok video asking fans to guess which K-pop group he joined forces with.

He waves at the camera and sets it down before it turns over to the four members of AB6IX, who wave back and greet Reiley. The clip is also soundtracked by what seems to be the instrumental to ‘Moonlight’, however neither music act has yet to release official snippets of the song as of writing. Watch it here.

Notably, Reiley has been teasing the possibility of a team-up between himself and AB6IX as early as a month ago, when he posted a brief cover of the boyband’s debut song ‘Breathe’ to Instagram. At the time, AB6IX responded to the cover, writing in the comments: “WOW that is incredible. Hope to meet you in person soon.”

The upcoming release of ‘Moonlight’ will mark AB6IX’s third time collaborating with a non-K-pop artist on music – the first being their team-up with ‘Juice’ singer Lizzo on a remix of ‘Truth Hurts’,  released in 2019. The four-piece then joined forces with American boyband Why Don’t We on a remix of the latter’s 2020 song ‘Fallin’ (Adrenaline)’, which dropped in January 2021.

‘Moonlight’ will also arrive shortly after AB6IX released their first official English-language single ‘Chance’, which dropped last month. It marked the group’s third domestic release this year, after special album ‘Complete With You’ in January and the EP ‘A to B’ in May.