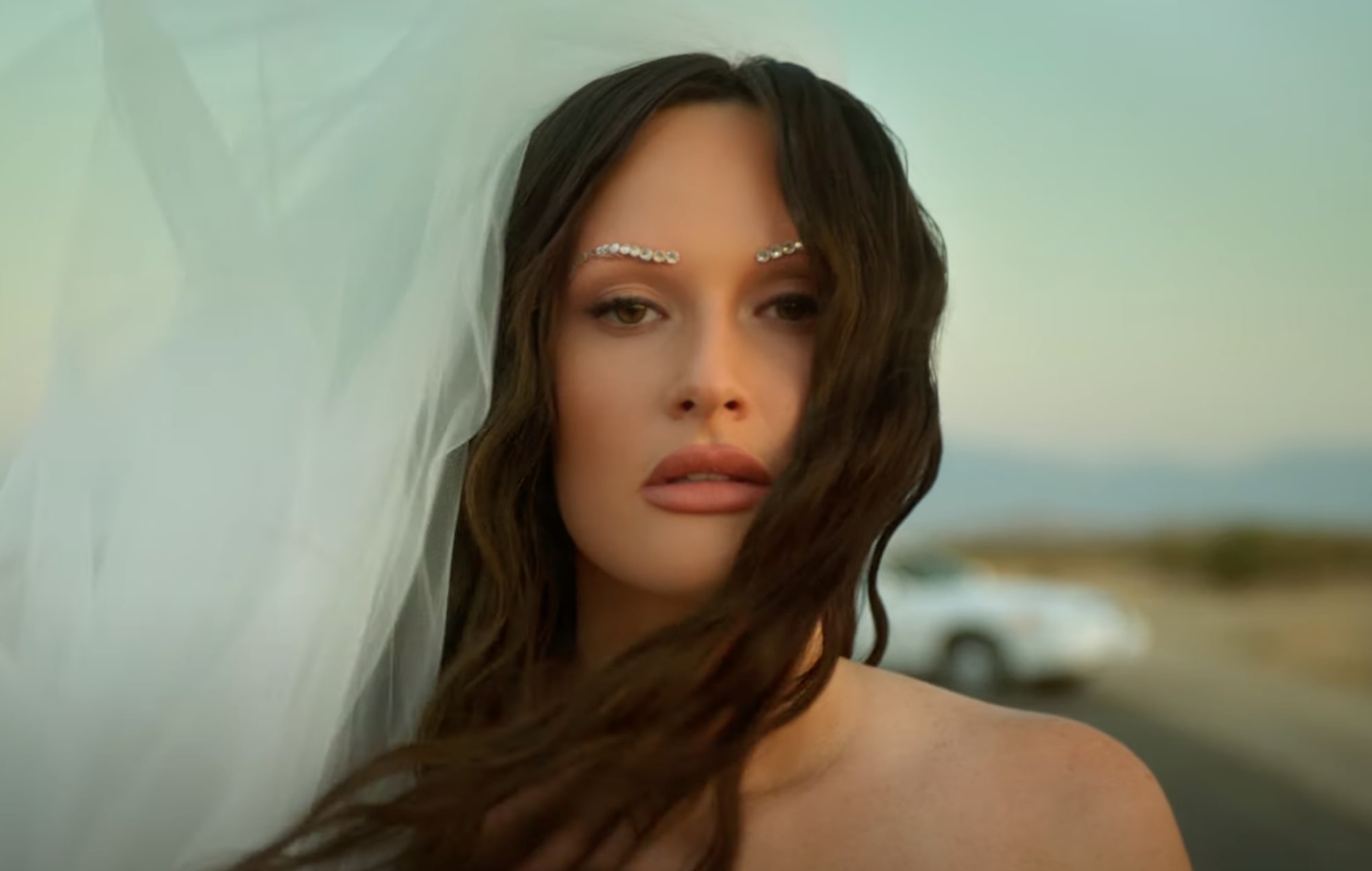 Kacey Musgraves has announced her new album and film ‘star-crossed’, and shared the dramatic title track from the record.

The new album follows the musician’s crossover success with her third album ‘Golden Hour’, which won Best Country Album and Album Of The Year at the 2019 Grammy Awards.

‘star-crossed’ is set to be released on September 10 via Interscope/Polydor/UMG Nashville and will contain 15 songs. The record will be “structured as a modern-day tragedy in three acts” and “tells an extremely personal journey of heartache and healing”, according to a press release.

“Let me set the scene,” Musgraves sings on the title track. “Two lovers ripped right at the seams/ They woke up from the perfect dream/ And then the darkness came.” You can listen to it in the trailer for the film below.

The tracklist for ‘star-crossed’ is as follows:

star-crossed: the film, meanwhile, will arrive on the same day as the album and will be streamed exclusively on Paramount+ in the US, Latin America, Australia, the Nordics and Canada. Fans in the UK and other regions will be able to watch it on MTV.

The 50-minute long film will feature cameos from Schitt’s Creek’s Eugene Levy, Once Upon A Time In Hollywood’s Victoria Pedretti, Princess Nokia, RuPaul’s Drag Race winner Symone and comedian Megan Stalter. It was directed by Bardia Zeinali, who has previously directed music videos including Justin Bieber’s ‘Yummy’ and Ariana Grande’s ‘In My Head’.


“We wanted it to feel cinematic and epic without compromising the heart and emotion,” Zeinali said in a press release. “To feel fantastical and heightened and tell [Musgraves’] story through the lens of art and fashion.”

Yesterday (August 22), Musgraves shared two snippets of ‘star-crossed’ online to celebrate her 33rd birthday. It followed the star previewing two new songs earlier this month during an appearance on the podcast A Slight Change Of Plans. During the episode, the musician sang verses from the unreleased tracks ‘angel’ and ‘camera roll’.