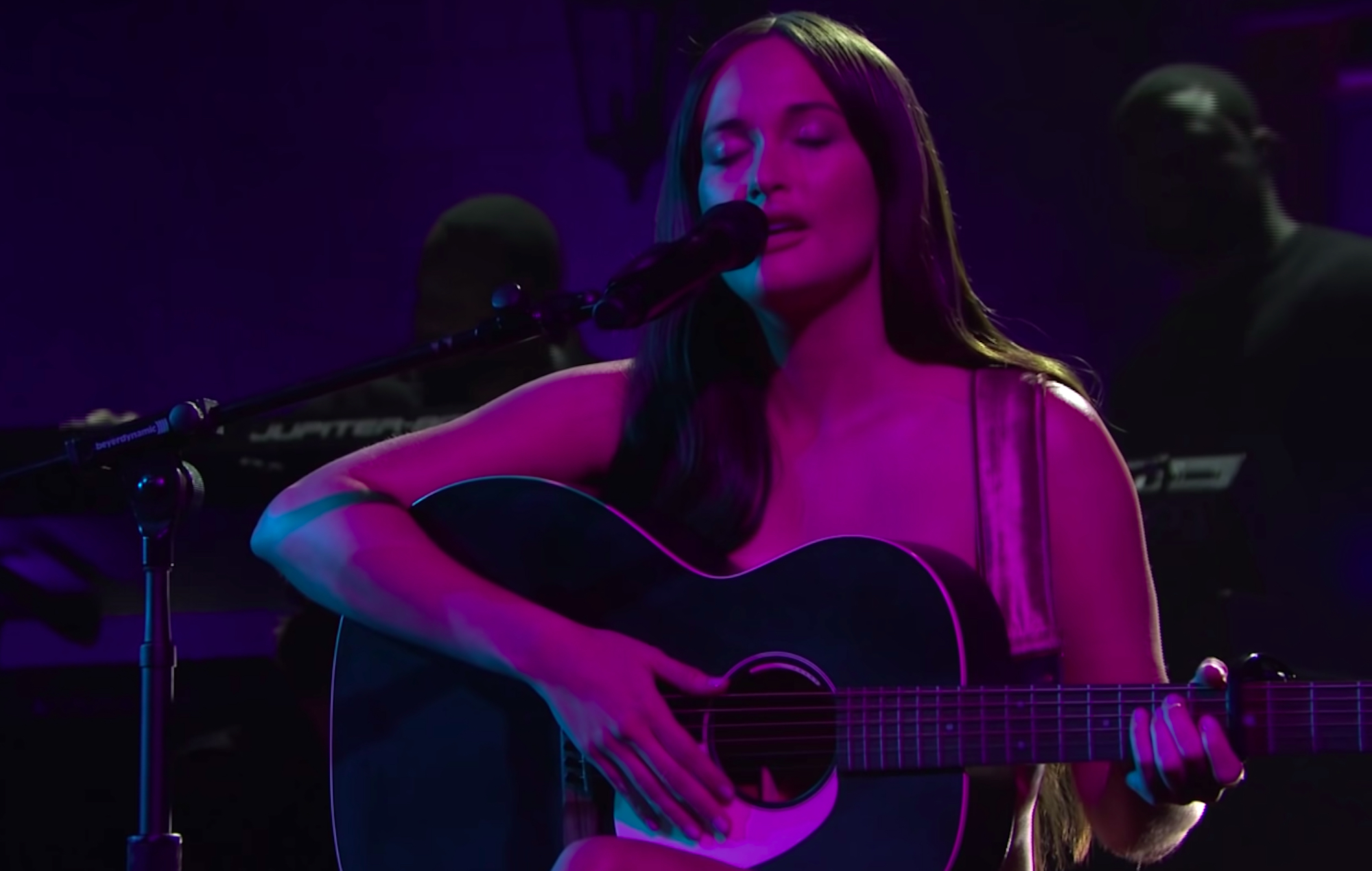 Kacey Musgraves‘ publicist has confirmed that the singer was completely nude during her recent Forrest Gump-inspired performance on Saturday Night Live.

Musgraves was the first musical guest of the show’s 47th season over the weekend. Introduced by Owen Wilson, she performed ‘Justified’ from latest album ‘Star-Crossed’ naked, covered only by her acoustic guitar.

The performance echoed a scene from the 1994 film featuring Robin Wright’s character. Musgraves later confirmed the link, tweeting a screenshot of the scene.

As Variety reports, Musgraves actually made SNL history with her choice of attire (or lack thereof) for the performance, which it turns out was the real deal.

“She was nude,” the singer’s publicist confirmed to the magazine. “Precautions were taken, and this was the first time it’s happened on the show.” Musgraves’ publicist also confirmed that the singer was blocked from the audience by a sheet as the performance being set up.

Variety points out that according to fans on Reddit who attended the live taping and dress rehearsal of the show, “people gathered around [Musgraves] with large towels to wrap her so could [sic] stand and walk off stage” following her performance.

‘Justified’ was one of two cuts from ‘Star-Crossed’ that Musgraves played during her Saturday Night Live appearance, which also included a performance of ‘Photo Roll’.

“It’s an intricate project… that could collapse under the weight of its concept. Bolstered by its author’s frank pen, though, and instilled with a sense of hope, it’s a powerful listen.”

Other musical guests set to perform on Saturday Night Live over the coming weeks include Halsey, Young Thug and Brandi Carlile.