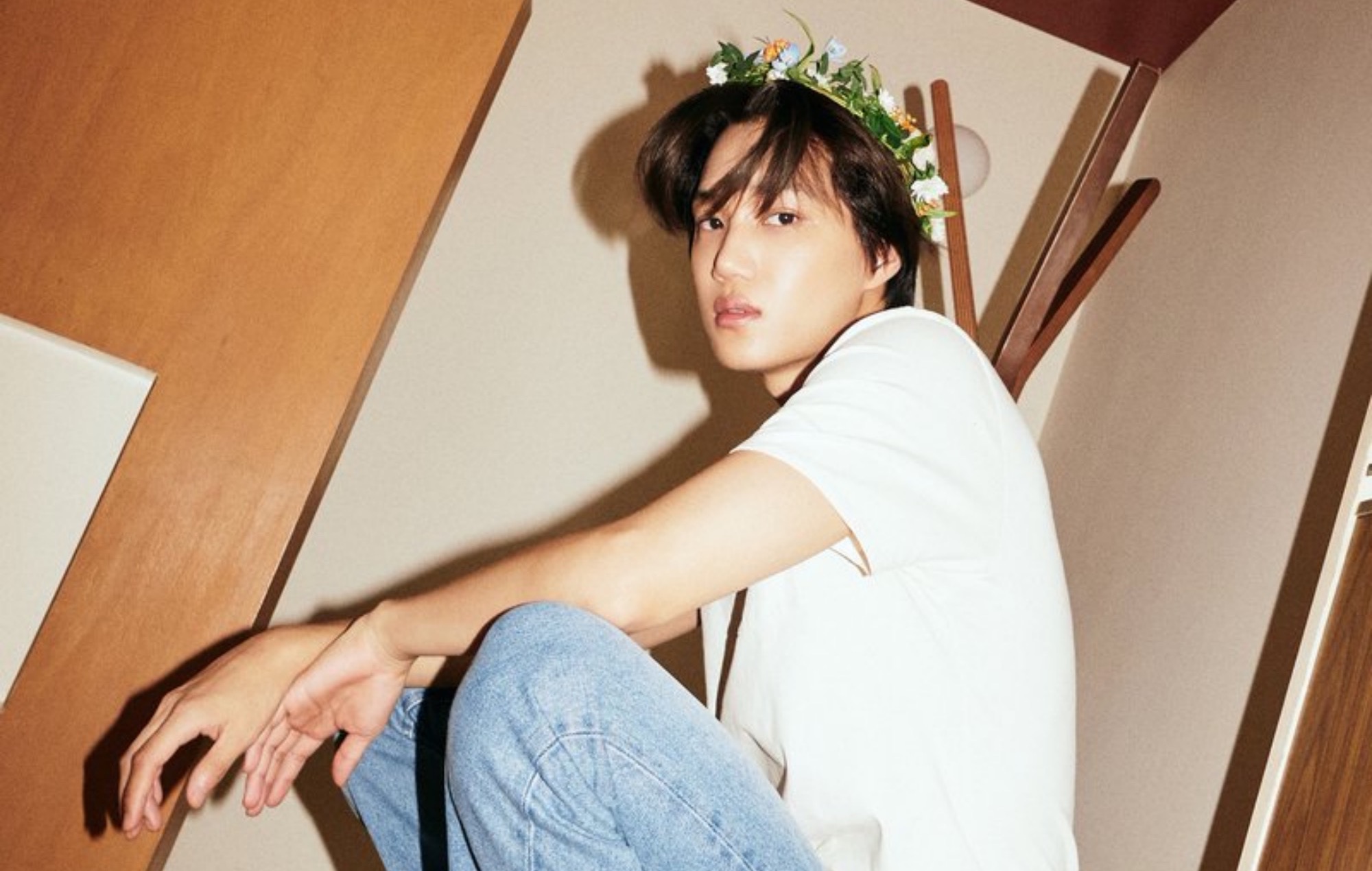 Kai has opened up about the work that went into his newly released sophomore mini-album ‘Peaches’.

The EXO member made his solo comeback yesterday (November 30) with ‘Peaches’, alongside a dreamy new music video for its lead single of the same title. On the same day, the K-pop idol held an press conference where he spoke about the creation of his latest release.

“It wasn’t a relaxed production process,” he said, as translated by Soompi. “It took some time because we needed constant evaluation in order to make good songs and a good album. The tough thing was the conflict between not having enough time despite all the things I wanted to do.”

Kai also noted that he and his team had to “keep negotiating what to make our main focus”, but noted that he ultimately thinks that they managed to “achieve a balance between something new and what I wanted to do”.

During the press conference, Kai also spoke about how he didn not intent for ‘Peaches’ to be released exactly a year after he made his solo debut with ‘KAI (开)’. “I didn’t put out the album to commemorate it. It just took a long time to prepare,” he said.

During the ‘Peaches’ press conference, the star shared that he enjoyed how fans are able to see more of him through his appearance on New World. “I also like that I can make myself known to those who don’t know me yet,” he added. “I started on [variety shows] by chance but I’m showing my honest self.”