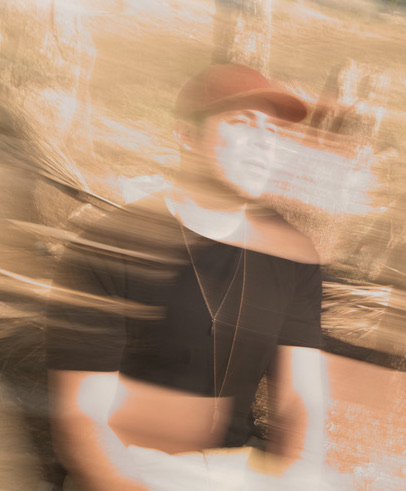 KAIS’ Artistry At Its Finest In New Single “Willow”

Kais Khoury, best known as KAIS, is releasing his new single titled “Willow,” and it is incredibly beautiful. The song revolves around embodying the feeling of loneliness in the absence of a relationship broken by betrayal. A scream from the heart, never straining for effect and executed in total grace, “Willow” is the kind of song that one cannot but instantly fall in love with, so much it contains beauty and soulfulness.

A fearless artist who finds the courage to appear almost naked to the eye and ear of the listener, KAIS opens-up fully in this new single that he best describes: “Willow” speaks of the loss of vital life force that ensues when betrayal takes hold in relationships. One feels conquered by the crushing weight of misalignment between word and action and is unwillingly cast into the disorienting vastness of mental solitude.”

Dropped alongside another mesmerizing single titled “On To Land,” “Willow” displays its creator’s strong penchant for poetry, philosophy and a deep understanding of the human condition.

The Canadian singer-songwriter, multi-instrumentalist and producer has established himself as an explorer of the unexplored, sonically resulting in creations that meld indie soul, neo psychedelic rock and folk into ethereal compositions.
“Willow” follows-up to “Abduction”, “Horizon”, and “Ain’t Goin’ Nowhere,” to name a few of KAIS’ most powerfully moving singles to date.