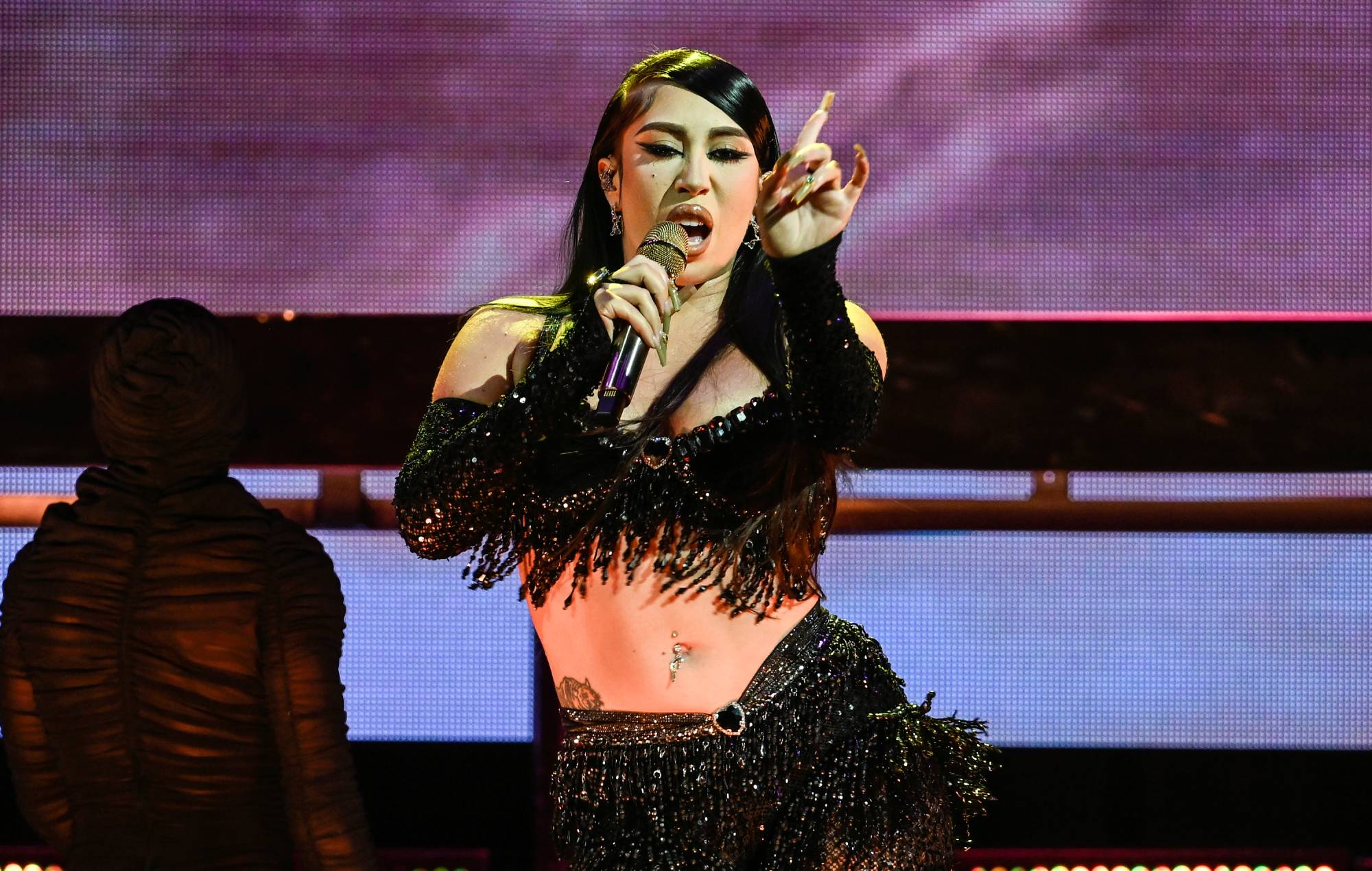 Kali Uchis has revealed that a collaboration with Ariana Grande could be on the way soon.

Taking to a livestream on TikTok, Uchis announced that she and Grande will begin working on a joint single once the latter finishes filming for the movie adaptation of the stage musical, Wicked.

When responding to a fan who asked when she’s going to collab with Ariana, Kali said: “She’s not recording right now because she’s working on her movie stuff, her play that she’s doing.

“She said that when she’s done with that, we are going to work. I’m excited for that.”

Kali Uchis says she’s planning to collaborate with Ariana Grande in the future:

“She said that when she’s done with [her ‘WICKED’ movie stuff] we are going to work. So I’m excited for that.” pic.twitter.com/e9XxjYoXPj

News of the potential collaboration comes months after Grande revealed she hasn’t started working on her seventh studio album as she’s been focusing on her role in Wicked, where she will play Glinda The Good Witch. The first part of the film will be released in 2023, with the second part expected to follow in 2024.

Ariana’s last musical appearance was in 2021 when she teamed up with Jimmy Fallon and Megan Thee Stallion on ‘It Was A… (Masked Christmas)’.

Kali Uchis’ most recent single, ‘No Hay Lay’, was released last week and the singer recently told Vogue she is currently working on two albums; one in English and one in Spanish.

“I just want to show all the different sides to me“and that I’m multi-dimensional when it comes to my music, my style, my everything,” Uchis said. “So I think it’s more about just having fun with it and letting my fans see and hear this other side of me that they never have before.”