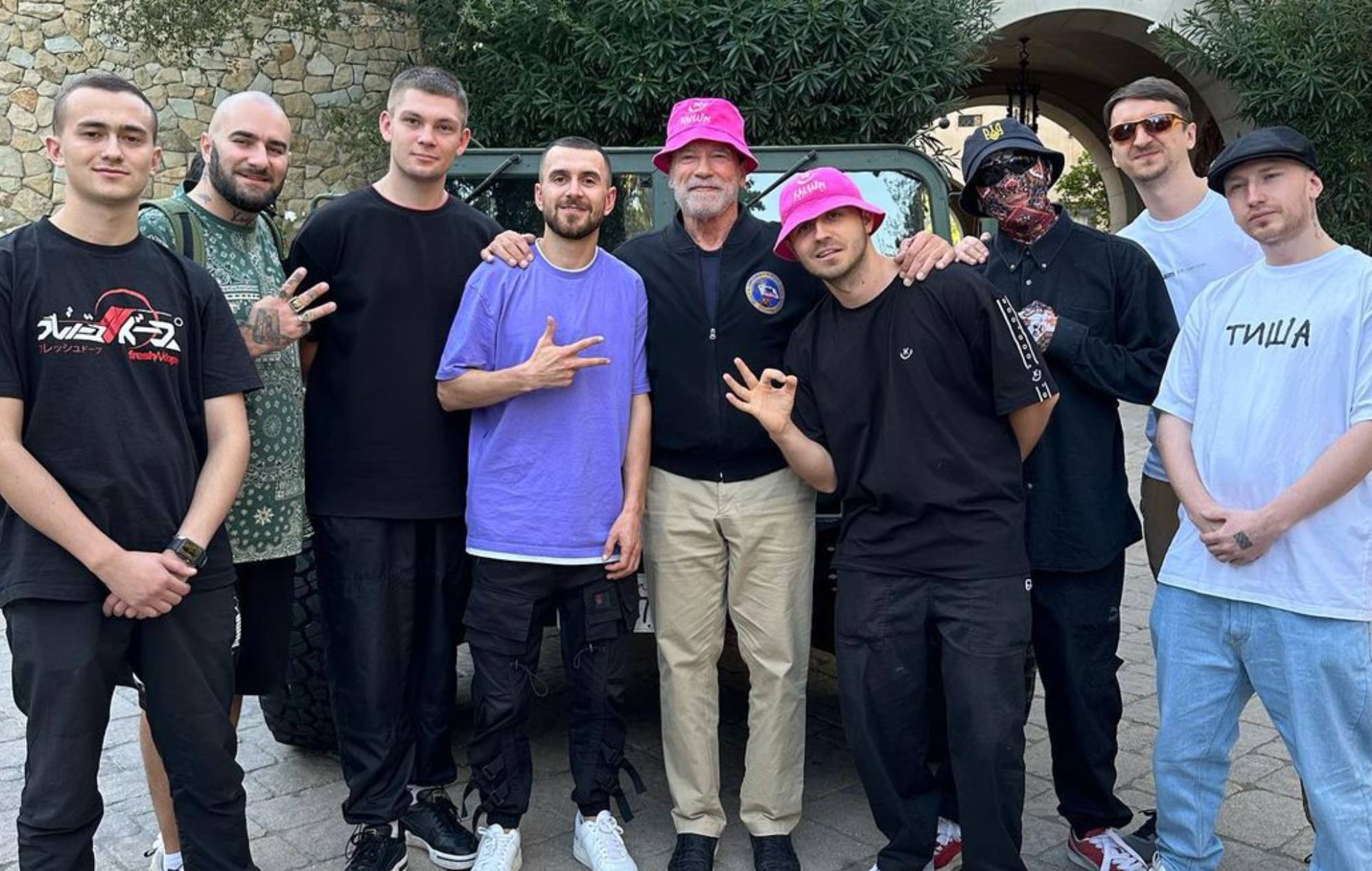 Kalush Orchestra met up with actor and former governor of California Arnold Schwarzenegger while on tour in North America – see photos below.

The Eurovision 2022 winners were invited by Schwarzenegger to his home in LA, where they were greeted by the actor and his pet donkey, Lulu.

While there, the band spoke to Schwarzenegger about the current situation in Ukraine and thanked him for his continued active support for their country. They also took time to take some photos, gifting Schwarzenegger with his very own pink bucket hat.

“Yo, yesterday we were visiting Arnold Schwarzenegger,” the band wrote on their Instagram. “He invited us over to his house and came out to greet us with a big pet donkey. We talked about the situation in Ukraine and thanked him for his support and shared how important it was to us.

“You know, Arnold Schwarzenegger has been actively supporting Ukrainians since the early days of the war, for which we are very grateful. We believe that support from abroad will only increase. It was a pleasure to meet such a legend, I can say that I grew up on movies with his participation.”

On the meeting, Schwarzenegger said: “It was fantastic to meet Kalush Orchestra, the Eurovision champions from Ukraine. You inspire me!”

Kalush Orchestra embarked on their North American headline tour earlier this month, kicking off at Seattle’s Club SUR on October 20. They played LA’s Avalon Hollywood on October 23. A portion of the funds raised from tickets will be donated to Ukrainian relief efforts via the charities Gate To Ukraine and Help Heroes Of Ukraine.

Last week, the band collaborated with The Rasmus on a new version of the latter’s hit single ‘In The Shadows’.

‘In The Shadows Of Ukraine’ marks Kalush Orchestra’s first release since their their Eurovision 2022-winning song ‘Stefania’.

“We immediately loved the original sound of Kalush Orchestra – Ukrainian folk, singing, flute, rap,” explained Lauri Ylönen, co-founder and frontman of The Rasmus, in a statement.

“It was inspiring to hear how this song can be reborn like that! And the lyrics are unfortunately even more relevant to what is happening now, in Ukraine and around the world.”