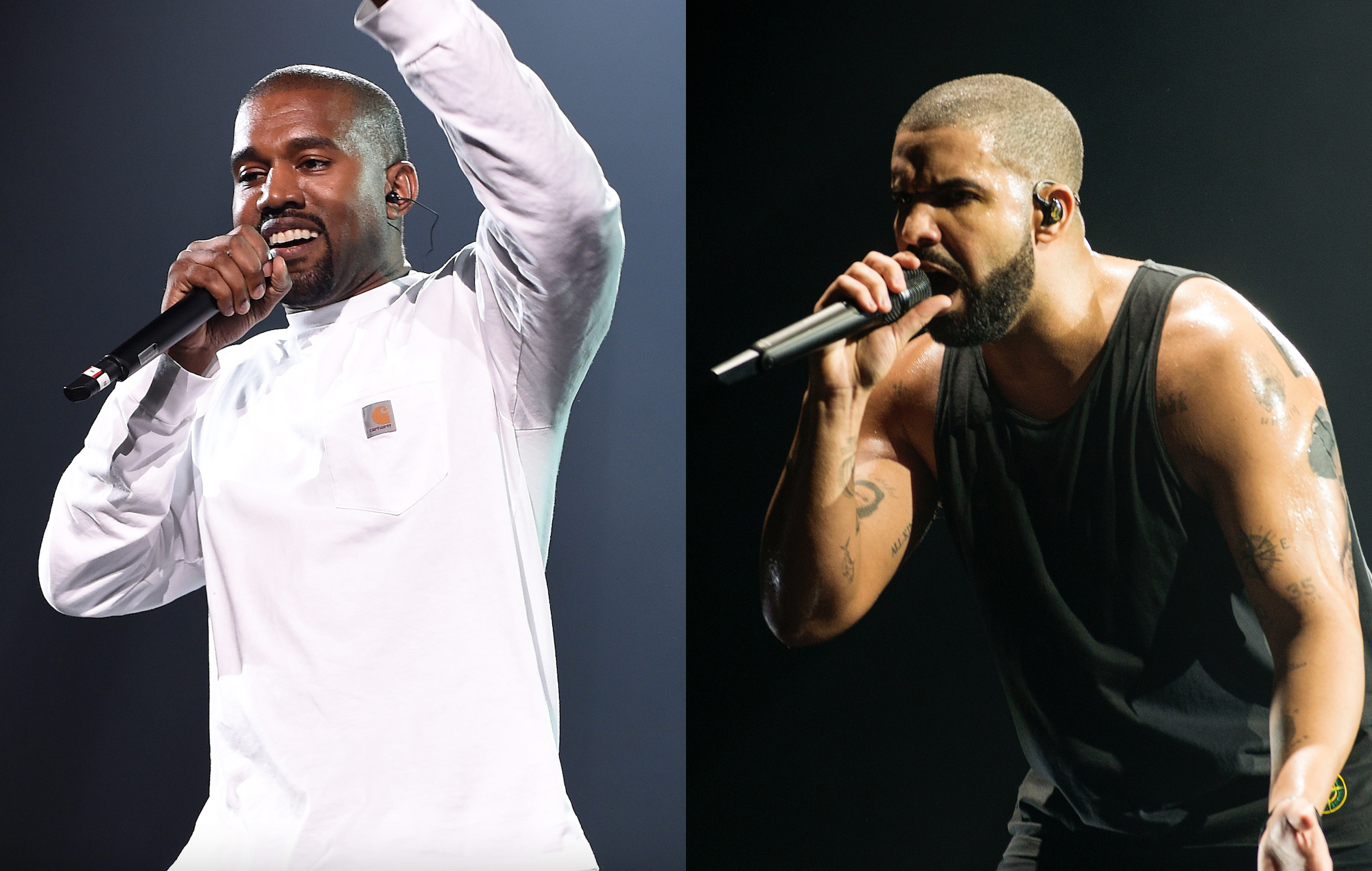 Kanye West appears to hit out at Drake: “I’ve been fucked with by nerd ass jocks like you my whole life”

It appears Kanye West has responded to Drake’s diss on the latter’s Trippie Redd collab ‘Betrayal’, calling him out in a group text between eight people – one of whom being Pusha T.

The feud began on Friday (August 20) when Trippie dropped his fourth album, ‘Trip At Knight’, which featured the Drake collab as its third track. In a verse on it, Drake seems to take shots at West and Pusha T, rapping: “All these fools I’m beefin’ that I barely know / Forty-five, forty-four (burned out), let it go / Ye ain’t changin’ shit for me, it’s set in stone.”

In a post to his Instagram account, West shared a screenshot of a text he’d sent to an unspecified group chat, featuring a shot of the Joker (as portrayed by Joaquin Phoenix) alongside the caption: “I live for this. I’ve been fucked with by nerd ass jock n****s like you my whole life. You will never recover. I promise you.”

The post has since been deleted, but you check out a screenshot below:

Though it wasn’t explicitly confirmed that West’s text was aimed at Drake, eagle-eyed fans noticed that one of the bubbles in the contact bar of West’s text began with ‘D’. Add to that the timing of it, and the fact he added Pusha T to the conversation before sending it, and his motives seem clear.

Consequence, one of West’s longtime collaborators – and former signee to his label, GOOD Music – responded to Drake’s diss in a Tweet, writing: “Fuck a betrayal. It’s the disrespect for me dawg. Wit Trippie Redd shotgun. Respect my team. It’s party time.”

It’s the Disrespect for me dawg

The news comes amidst a drawn-out release campaign for West’s long-delayed tenth album, ‘DONDA’, which he’s supposedly set to drop next Friday (August 27) following a livestreamed listening event in Chicago.

Drake’s verse on ‘Betrayal’ marks the latest in an on-and-off feud between himself, West and Pusha T, which dates all the way back to 2009.

Recent developments include West taking offence at Drake asking whether he would ever make “secular” music again, Drake making a quip about West’s choice of release dates on his Future collab ‘Life Is Good’, and West demanding an apology from Drake last September.

Earlier this week, Drake revealed he’d tested positive for COVID-19, blaming it for his distinctive heart-shaped hairline growing in “weird”.