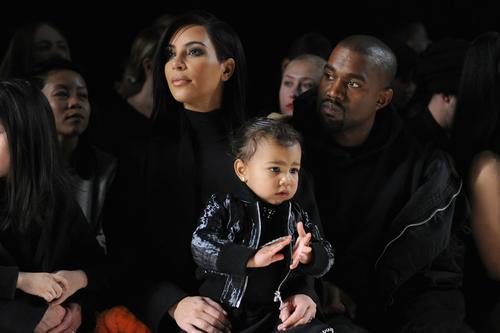 According to reports from TMZ, Kanye West & Kim Kardashian have been fered multi-million dollar deals for the first pictures their newborn surrogate baby, but they’re turning it down.

Sources close to the fers say various websites and magazines started making fers to the power couple months ago. All the fers were more than a million dollars and several outlets fered between $2 and $5 million. However, the fers were never seriously entertained, and Kanye & Kim both say priting money f their babies first photos is just plain immoral.

Kimye are well aware that eventually media & paparazzi will get their hands on a picture their newborn, so they’re going to share the photo themselves when they’re comfortable. Typically in the past, Kim has shared photos on her Instagram page about 2 months after having their baby. If you recall, the first pic North surfaced about 2 months after she was born, while the same could be said for their middle child Saint.

RELATED: Kanye West Holds It Down For A Fan With Cancer

This story comes just hours after Kanye was spotted back in the studio working on his next album only a day after having their newborn surrogate baby. A TMZ cameraman asked ‘Ye what he named his “princess” but Kanye just smiled and threw a peace sign not saying a word, with his laptop in hand.

We’ll continue to keep you posted on all the latest with Kanye & the Kardashians moving forward.