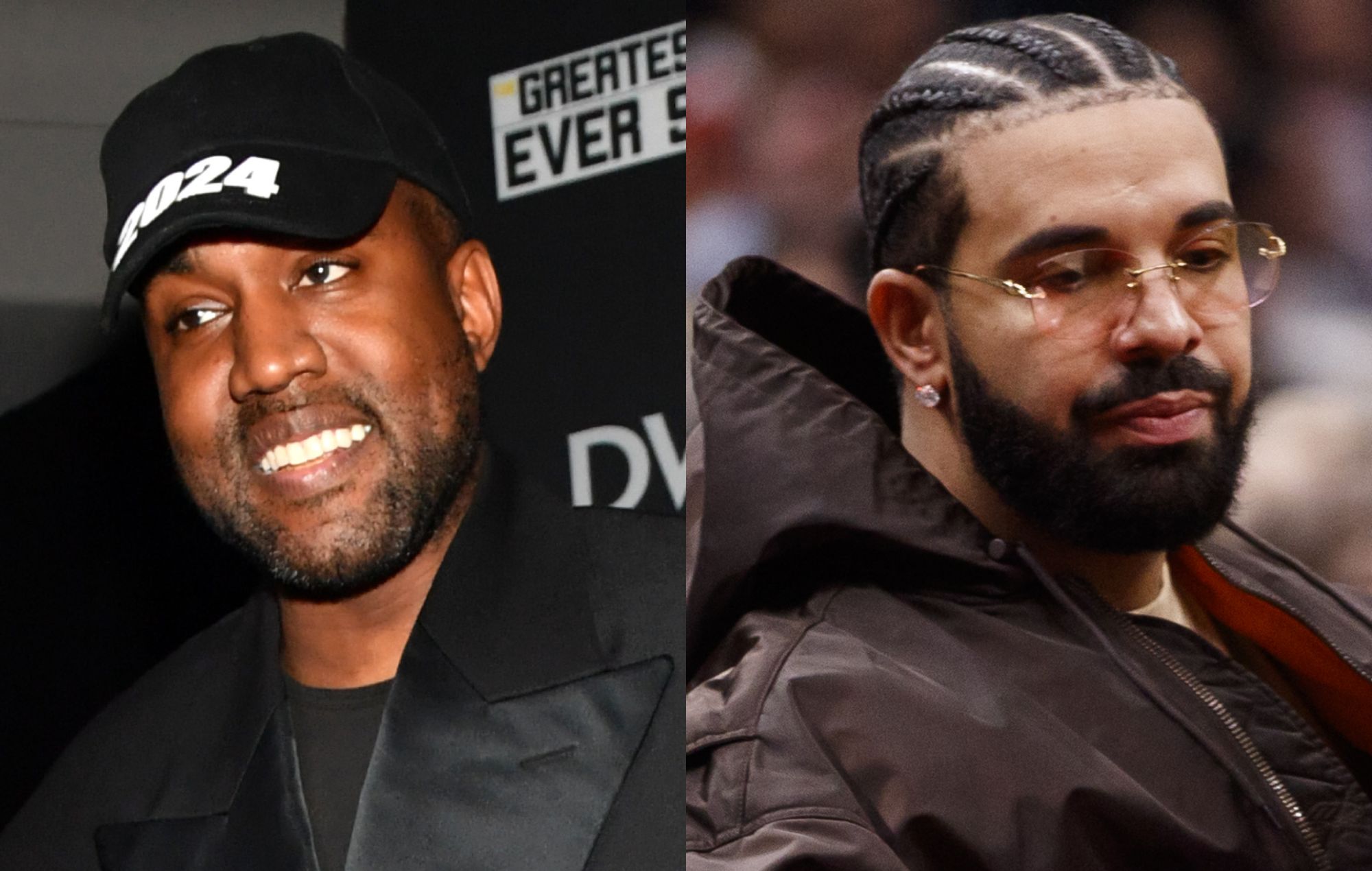 Kanye West has said that Drake is the “greatest rapper ever”.

“Drake is the greatest rapper ever, and I don’t apologise about it,” Ye told the Drink Champs podcast. He was then interrupted by the podcast’s co-founder and co-host, N.O.R.E., who brought up rumours about Drake formerly having a sexual relationship with Kris Jenner, the mother of Ye’s ex-wife Kim Kardashian.

Ye’s praise for Drake follows the pair reconciling last year after years of trading barbs, with the duo putting on the Free Larry Hoover benefit concert.

West’s comments about the Canadian rap star have come amid a media storm over a range of controversial statements he’s made in recent weeks including those that are anti-Semitic, fatphobic and racially sensitive in nature.

After briefly making his Twitter comeback he was blocked on the social media platform as well as Meta (which owns Facebook and Instagram) following a series of anti-Semitic posts. An ex-staffer at TMZ has also since claimed that the rapper once praised “Hitler and the Nazis” during an interview with the site.

Prior to his recent anti-Semitic claims Ye denounced the Black Lives Matter movement as a “scam” in defence of wearing an “White Lives Matter” shirt at Balenciaga’s recent Paris Fashion Week show. He has doubled down on the stunt.

In a recent interview on Fox News, West said that what he believed was the promotion of obesity by social media companies was “demonic”. “When Lizzo loses 10 pounds and announces it, the bots … on Instagram, they attack her losing weight, because the media wants to put out a perception that being overweight is the new goal when it’s actually unhealthy,” he told host Tucker Carlson.

Ye’s behaviour has led to commercial partnerships falling through or reportedly being put on hold, including those with the bank JPMorgan Chase and the sportswear brand Adidas.

Many artists, celebrities, politicians and organisations have since publicly condemned West over his remarks including Jack Antonoff, David Schwimmer and New York congresswoman Alexandria Ocasio-Cortez.

Approached by Page Six in the wake of JPMorgan severing ties as he left a screening in Nashville, West also said in response to the backlash about his anti-Semitic comments: “Hey, if you call somebody out for bad business, that means you’re being anti-Semitic. I feel happy to have crossed the line of that idea so we can speak openly about things, like getting cancelled by a bank.”

West added that he was “the richest black man in American history, that put $140 million in JPMorgan”, before ending the interview by saying that he will “speak at a different time”.