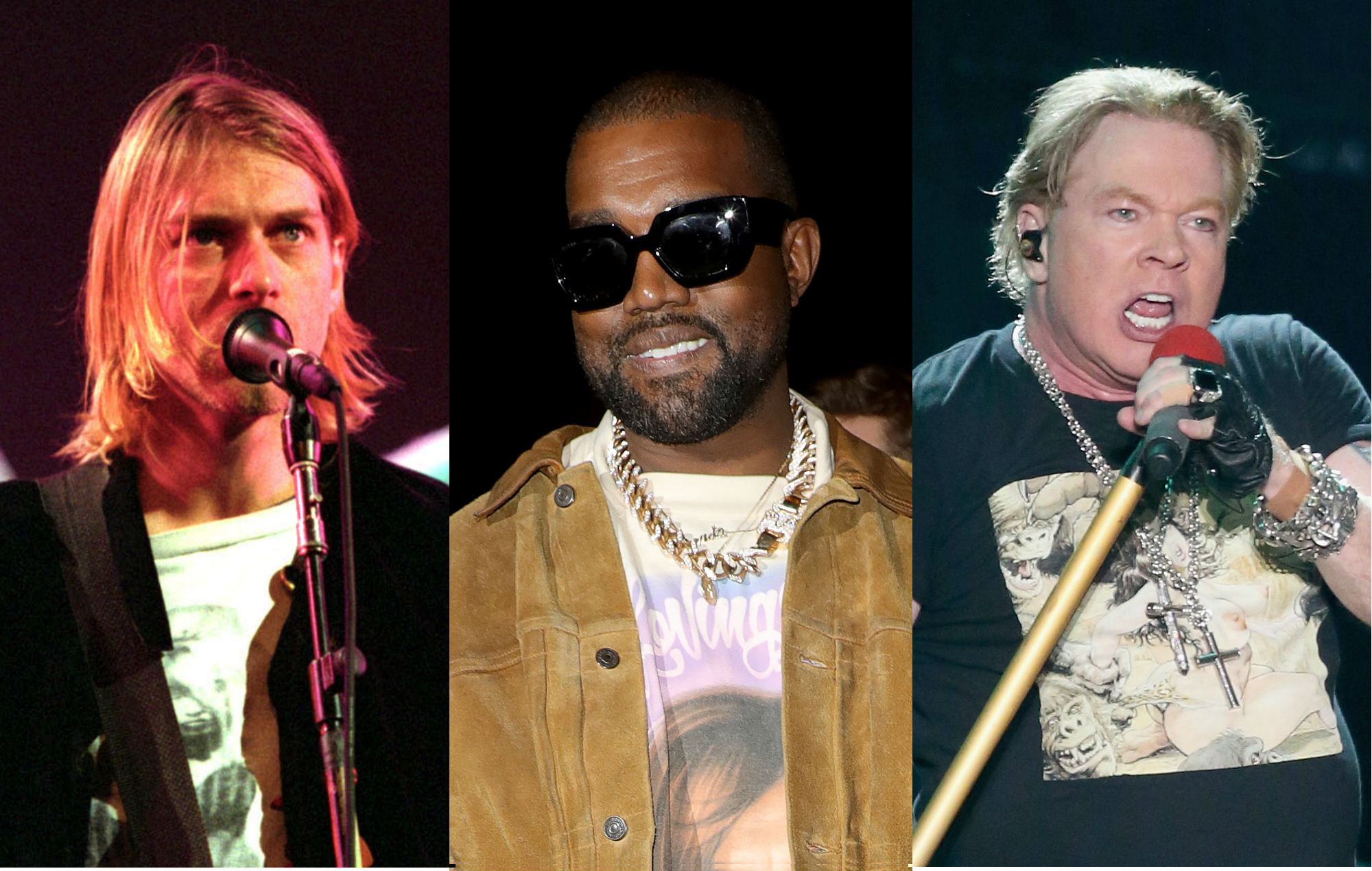 Kanye West has asked his fans to pick their favourite between two of rock music’s heavyweights – Guns N’ Roses and Nirvana.

The rapper posed the condundrum on Twitter yesterday (August 15), sparking debate among his followers. “Guns n Roses or Nirvana,” he posted alongside a thinking emoji. “Both my favorite.”

Guns n Roses or Nirvana 🤔 both my favorite pic.twitter.com/PpUC6wbEu8

Although West appeared to sit on the fence, many fans made emphatic cases in response.

“Nirvana was revolutionary, but they couldn’t have happened without GnR,” one Twitter user argued. “GnR was the link between the hair bands and grunge. They were the beginning of the end of the height of glam rock. Nirvana sealed the deal.”

Another simply replied: “Nirvana. Hands down.”

That's not really how favorites work, my man. Nirvana was revolutionary, but they couldn't have happened without GnR. GnR was the link between the hair bands and grunge. They were the beginning of the end of the height of glam rock. Nirvana sealed the deal.

Guns N’ Roses fans received some good news earlier this month (August 5) when the band announced the rescheduled live dates from their 2020 UK and European tour – with the gigs now set to take place in June 2021.

The rock legends were due to tour Europe earlier this year, with UK dates originally set to take place on May 29 and 30 at the new Tottenham Hotspur Stadium. However, they had to postpone their plans due to the coronavirus pandemic.

Meanwhile, West’s beleaguered presidential campaign suffered another blow this week after a poll revealed that he only has 2% of the Black vote in the US so far.

This latest setback to his campaign came courtesy of a new POLITICO/Morning Consult poll, which followed another poll conducted last month which revealed that he has only secured 2% of the vote overall.