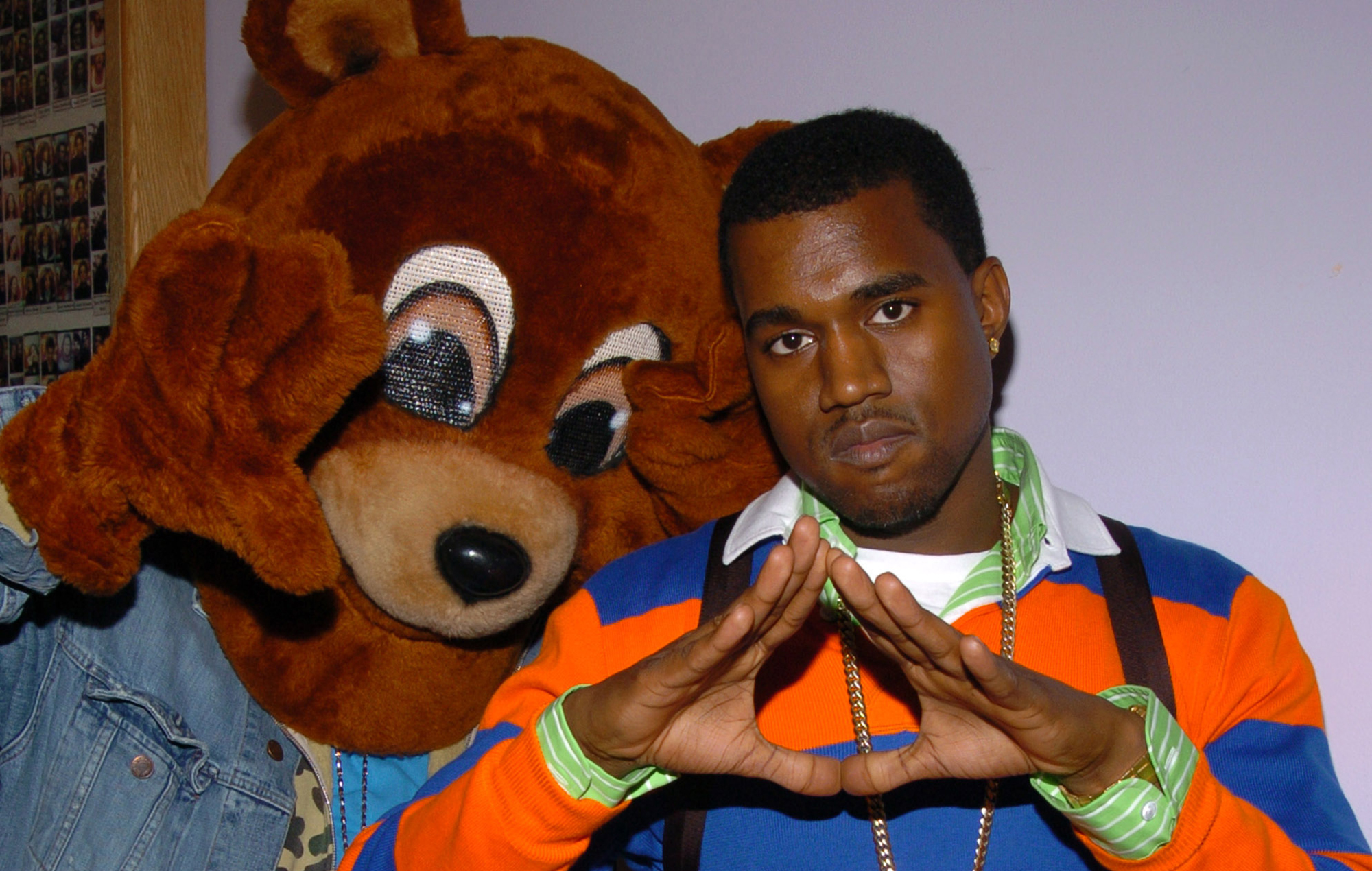 The bear costume famously used on tour and in promotional duties for Kanye West‘s 2004 debut album, The College Dropout, has been put up for sale for $1million (£740,000).

Eric Arginsky, who had previously worked with Ye in an attempt to set up a line of replica plush bears, said in a new interview with Fake Shore Drive (per Complex) that the unrealised project led to his possession of a “Dropout Bear” costume.

During the discussion, Arginsky explained that his costume is not the specific bear outfit seen on the College Dropout cover, owing to the fact that the rapper’s team were unable to purchase that costume after the deal fell through.

“I think they tried to buy or purchase that from the high school,” he said. “They were turned down… Obviously, it was going to be the basis for everything going forward [so] they went out and bought this suit which was then what they used on the DVD cover and for future promotions.”

Arginsky explained that he was given the suit itself – used on tour, at awards shows, promo visuals, and more – after initially attempting to design the plush bear range from two-dimensional sketches.

He also shared a sample of a medium-sized plush Dropout Bear featuring velcro paws to ensure the toy’s ability to throw up the Roc sign, and intimated he is willing to consider offers on the suit itself.

“I love business and opportunity so the best thing that could ever happen is someone from Ye’s camp sees this video and reaches out to you to bring this opportunity back and then you and I are producing bears tomorrow,” Arginsky said.

“That’s what I’m really hoping for. I know that the percentages are very slim on that one. But yeah, I would say at this point I’m really open to anything.”

Asked if he would consider a $1million offer, Arginsky responded that he “would say yes”, but is also open museum or charity approaches.

Earlier today, Ye and Drake have posed together for a photo at the latter’s home, appearing to signal an end to the pair’s longstanding beef, which was been ongoing since at least 2009.