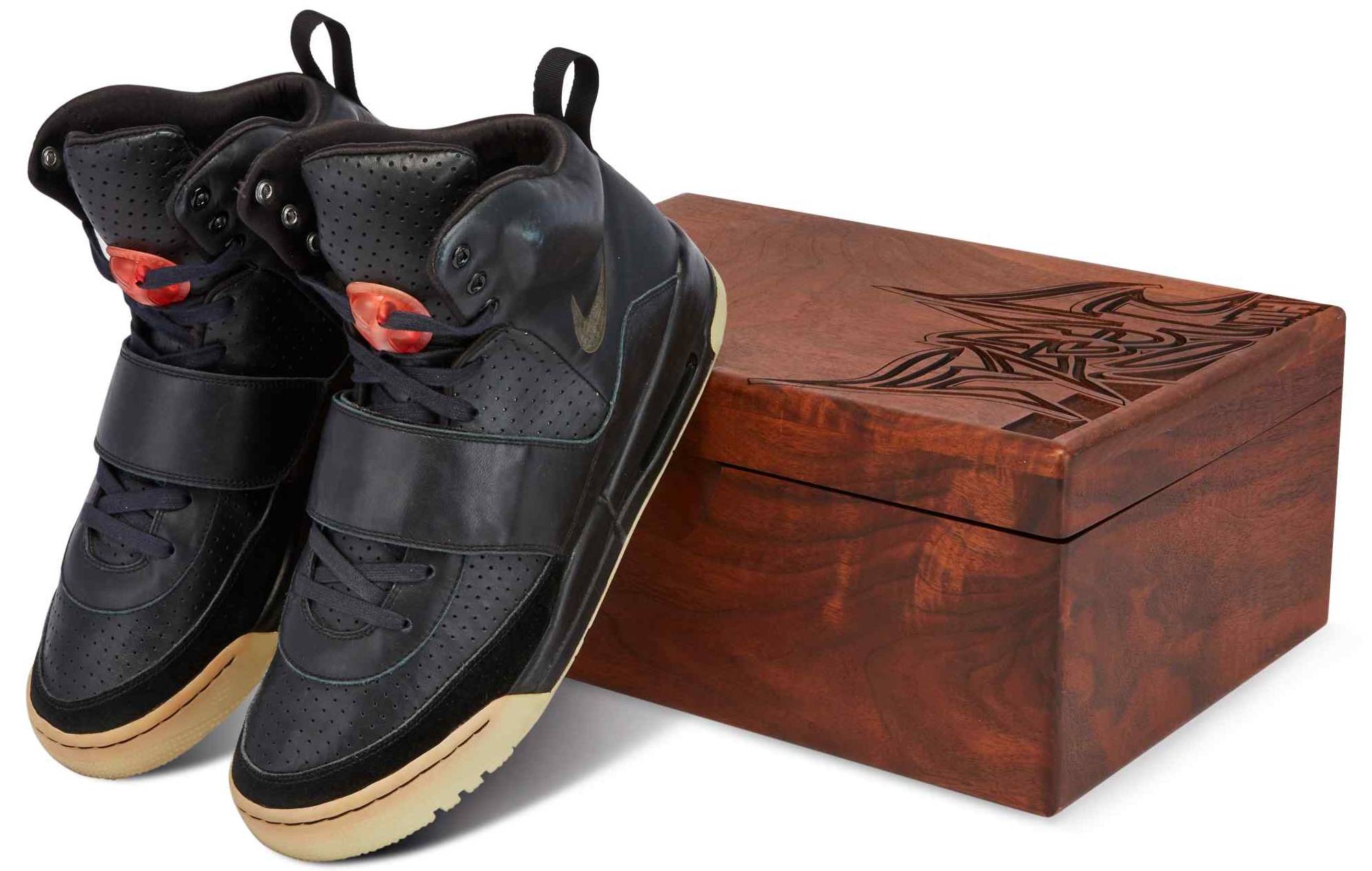 Kanye West’s Yeezy shoe prototypes, valued at over $1 million, set to go up for sale

A prototype pair of Kanye West‘s first Yeezy shoes are set to go up for sale, with the sneakers expected to sell for over $1 million (£727,650).

The rapper wore the sample of the Nike-made shoes in February 2008 during his performance at the 50th Grammy Awards.

The Nike Air Yeezy 1 kick-started the multi-billion-dollar-valued Yeezy sneaker and clothing brand when they finally launched the following year. West eventually split from Nike in 2013 in order to partner Yeezy with Adidas, and they remain in business together to this day.

Sotheby’s say that “the Nike Air Yeezy I and Air Yeezy II are still some of the most coveted sneakers by collectors” and, as a result, West’s prototype pair in question are the most valuable sneakers ever to be sold by the auction house.

“This pair is critical to the development of the Yeezy franchise, which has become one of the most important sneaker and lifestyle brands in history,” Brahm Wachter, Sotheby’s Head of Streetwear & Modern Collectables, said in a statement. “Debuted on-stage at the Grammys in 2008, the sneakers set off waves in the sneaker community as people tried to identify the mysterious pair. Afterwards, we saw a series of collaborations between Kanye and Nike, and then later the birth of his line with adidas.”

The sneakers, which are available to view at the Hong Kong Convention and Exhibition Centre from April 16 to April 21, are expected to fetch over $1 million when they sell. Interested parties are being invited to submit offers directly to Sotheby’s for consideration, and you can find out more about the shoes here.


A documentary series about Kanye West was reportedly sold to Netflix recently.