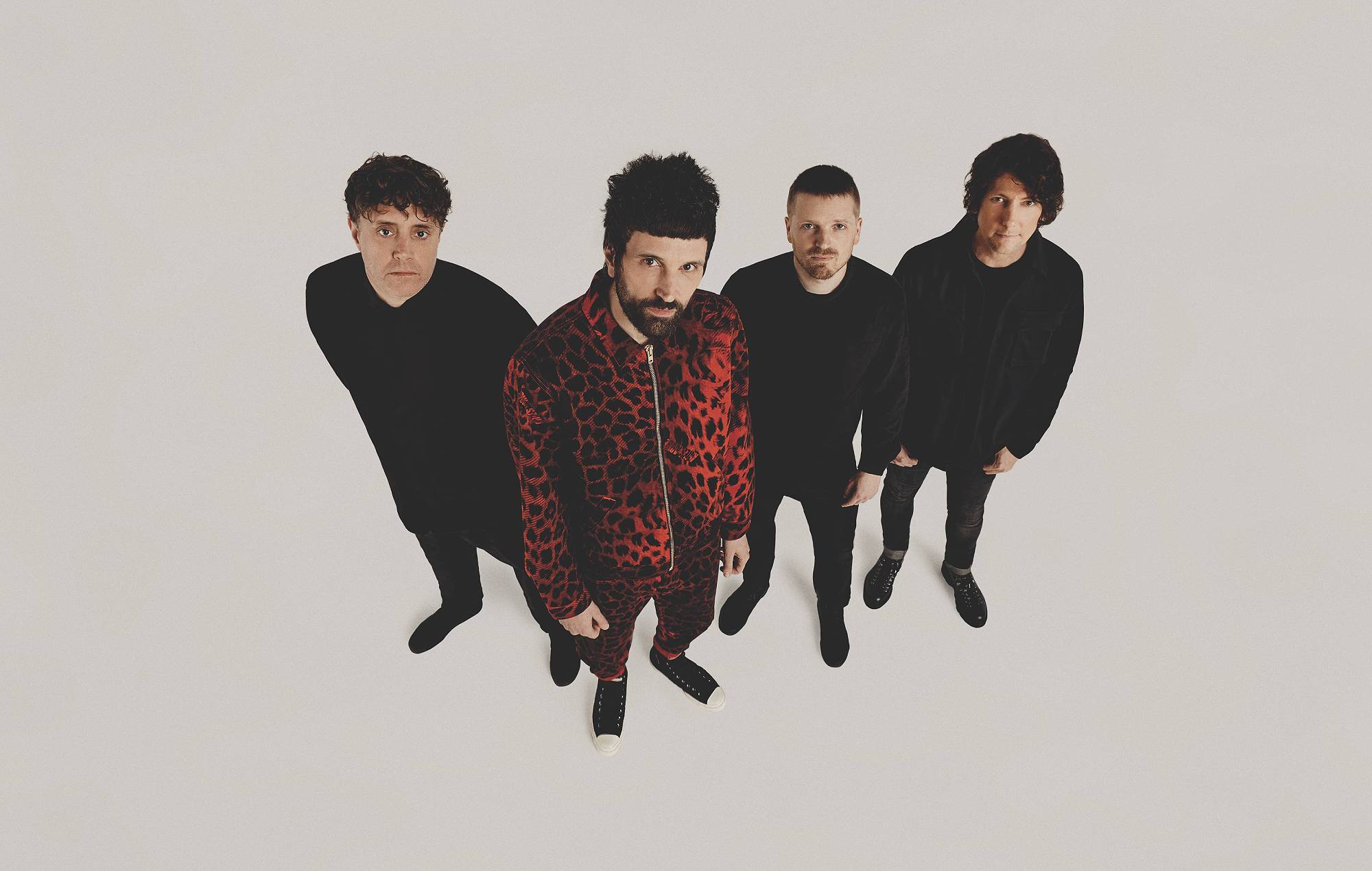 Kasabian talk ‘SCRIPTVRE’ and new album ‘The Alchemist’s Euphoria’: “This is a re-set”

Kasabian have announced details of their first new album since the departure of former frontman Tom Meighan. Check out new single ‘SCRIPTVRE’ from ‘The Alchemist’s Euphoria’ below, along with our interview with Serge Pizzorno.

Having dropped the first taster of their new direction with the single ‘ALYGATYR‘ last year, now the Leicester indie veterans – consisting of chief songwriter Pizzorno, bassist Chris Edwards, drummer Ian Matthews and guitarist Tim Carter following the departure of Meighan after he was convicted of assaulting his then-girlfriend-now-wife in 2020 – return with ‘SCRIPTVRE’.

Co-produced with Fraser T Smith (of Stormzy, Adele, Dave and Sam Smith fame), Pizzorno told NME how the track had “a cinematic elegance to it”,  but was driven by “a heartbeat of empowerment”.

“It’s just those first eight bars, it’s all you need to know,” he said. “It feels like a new era, like we’re entering the ring so move everyone out of the way.”

He continued: “It has this huge sound that came from me bouncing off Kanye and old ‘70s soul cuts from digging in crates. There’s a euphoric, beautiful arms-in-the-air moment then goes back to this ferocious, heavy beat. It’s in your face.”

As for the lyrics, Pizzorno said that the track was inspired by “re-writing your own story”.

“We all make up this narrative of who we think we are,” he told NME. “This is about ripping that up, going against all that and no longer going with your own madness. You need to go somewhere else and re-set everything.”

Asked about how representative ‘SCRIPTVRE’ is of upcoming album ‘The Alchemist’s Euhporia’, the now frontman said the new record – coming August 5 – “takes some pretty obscure turns”.

“The album has a big, epic sound but with a personal touch as well,” he said. “There are some softer edges alongside the massive parts. As a whole, it’s a beautiful thing and the most cohesive record we’ve ever made. It’s an emotional trip.

“It has a very universal feeling about forks in the road and which way you’re going to go. You’re a ship in the harbour – are you going to stay in the harbour, or do what a shop is supposed to do and get in the fucking sea, man? Go and ride as many waves as possible and see where you end up. It’s about dealing with that.”

Produced by Pizzorno with Fraser T Smith, ‘The Alchemist’s Euphoria’ benefits from the songwriter sharing the reigns, he explained.

“It was amazing to have a genius at the wheel to help oversee,” said Pizzorno. “It was a great opportunity to work with someone who wasn’t so close. Making a record consumes the hell out of me and becomes this obsession. I can get so close to it that I miss things, but he would encourage me to take things further. He was an amazing foil to have.

Despite having been performing acclaimed shows with their new line-up, Pizzorno said that stepping into the role of frontman hasn’t altered his approach his to songwriting.

“The process of making this has been exactly the same from the start,” he said. “That hasn’t changed the way I went about making the record. I’ve always done it my way. If anything, it’s more fun in terms of being able to visualise the live show. ”

He went on: “When you see someone sing words that have come from them, there’s something magical about that. You can really feel the sentiment in what someone is trying to say through a charged performance. That’s when sparks fly. This album was just us saying, ‘Let’s see what we can do, let’s see where we can take this’. Every album we’ve made has been way different to the one previously and you’ve never really known where we’re going to go next.”

Pizzorno did however, say that he had enjoyed giving fans the “opportunity for that pure emotion from the studio to come out” when being front and centre of the stage to deliver these songs that he’d written for the band throughout the years.

“You’re either moshing with everyone or trying to bring it down to a small, tiny moment,” he said. “That’s been an amazing experience. There are moments where it has been pure transcendence where you’re not thinking about anything – you’re just in this ultra-zone where everything is flowing.

“Then there are times when you go, ‘Fuck! What’s the next line? What’s the next tune?’ There are moments where you’re just in it and there’s nothing else quite like that experience. It’s the most intense thing I’ve ever felt.”

Kasabian will be supporting Liam Gallagher at Knebworth June 3–4, before headlining the Isle of Wight Festival June 18. As for being special guest for the former Oasis frontman, Pizzorno said that it was “fucking magical” having obsessed over the band’s legendary shows at Knebworth back in 1996.

“I was one of those trying to get myself a ticket,” he remembered. “I was there, caning the hell out of those buttons on the phone to try and get a ticket. I missed out, but I watched it on MTV. They were at the top of the mountain of hysteria, and I was at the perfect age to see them rip something like that to pieces. It was so inspiring.

“They made you believe that you could do it yourself. The great thing about the Oasis movement is that they weren’t saying, ‘This is us, look how great we are’ – it was saying, ‘We’ve done it, now you’ve got to do it’.”

Pizzorno added: “Liam’s been there for us from day one, so when he asked us to do it we were like, ‘Fucking hell, man – it’s a true honour’. Not only do I get to go this time, but I get to be part of it. I can’t wait.”

Kasabian’s last album was 2017’s ‘For Crying Out Loud‘, while Pizzorno released his self-titled debut solo album ‘The S.L.P‘ back in 2019. Former bandmate Meighan, having been open about his mental health, rehab and “consequence culture”, has since been touring and releasing music as a solo artist.

‘The Alchemist’s Euphoria’ will be released on August 5. Pre-order it here.