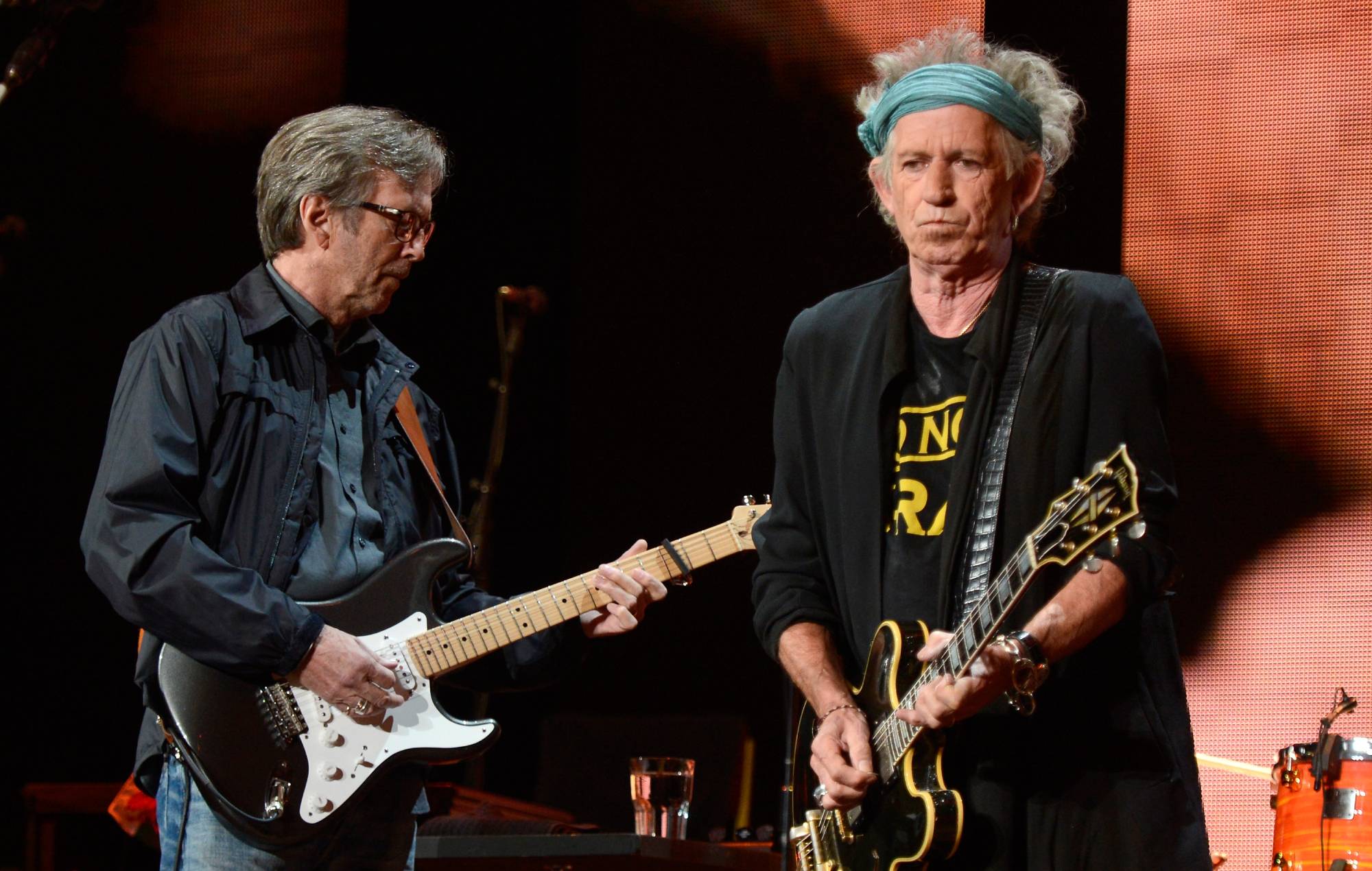 Keith Richards has offered his own thoughts on Eric Clapton‘s vocal defiance of coronavirus safety measures.

Speaking on Rolling Stone’s Music Now podcast, the Stones legend discussed his past with Clapton and how he felt about vaccination efforts to combat the pandemic.

“I just want to get rid of this damn thing, and the only way I can see is everybody does as doctor says,” he said.

“I love Eric dearly. I’ve known him since forever and we’ve had ups and downs,” the guitarist added. “This COVID thing, it’s split people up and it made people sometimes go awry for awhile, you know?”

Clapton has been outspoken about lockdown restrictions and vaccines used to curb the spread of the virus in both interviews and his recent songs. In another recent interview, the 76-year-old musician said he believed that people were being hypnotised into getting vaccinated via messages promoted on YouTube and in the media.

Last summer, the musician said he would not perform concerts that require proof of vaccination – although he did play at such a show in September. He has also teamed up with Van Morrison and shared his own songs that criticise pandemic safety measures, including August’s ‘This Has Gotta Stop’.

Earlier this year (January 26), Clapton said he wasn’t “concerned with being misunderstood” over his comments about COVID-19 vaccines and other safety measures used during the pandemic.

In the second part of an interview with Real Music Observer, Clapton said: “I’m making a rod for my own back by talking about the thing and the things, but one thing about the thing I would like to make clear – because I have to keep re-establishing it – is I’m neither anti or pro,” adding that he instead stood for “freedom of choice”.


Elsewhere in the Rolling Stone podcast interview, Richards confirmed that The Rolling Stones’ current touring drummer, Steve Jordan, will be on hand to help the long-running band finish their forthcoming new album.