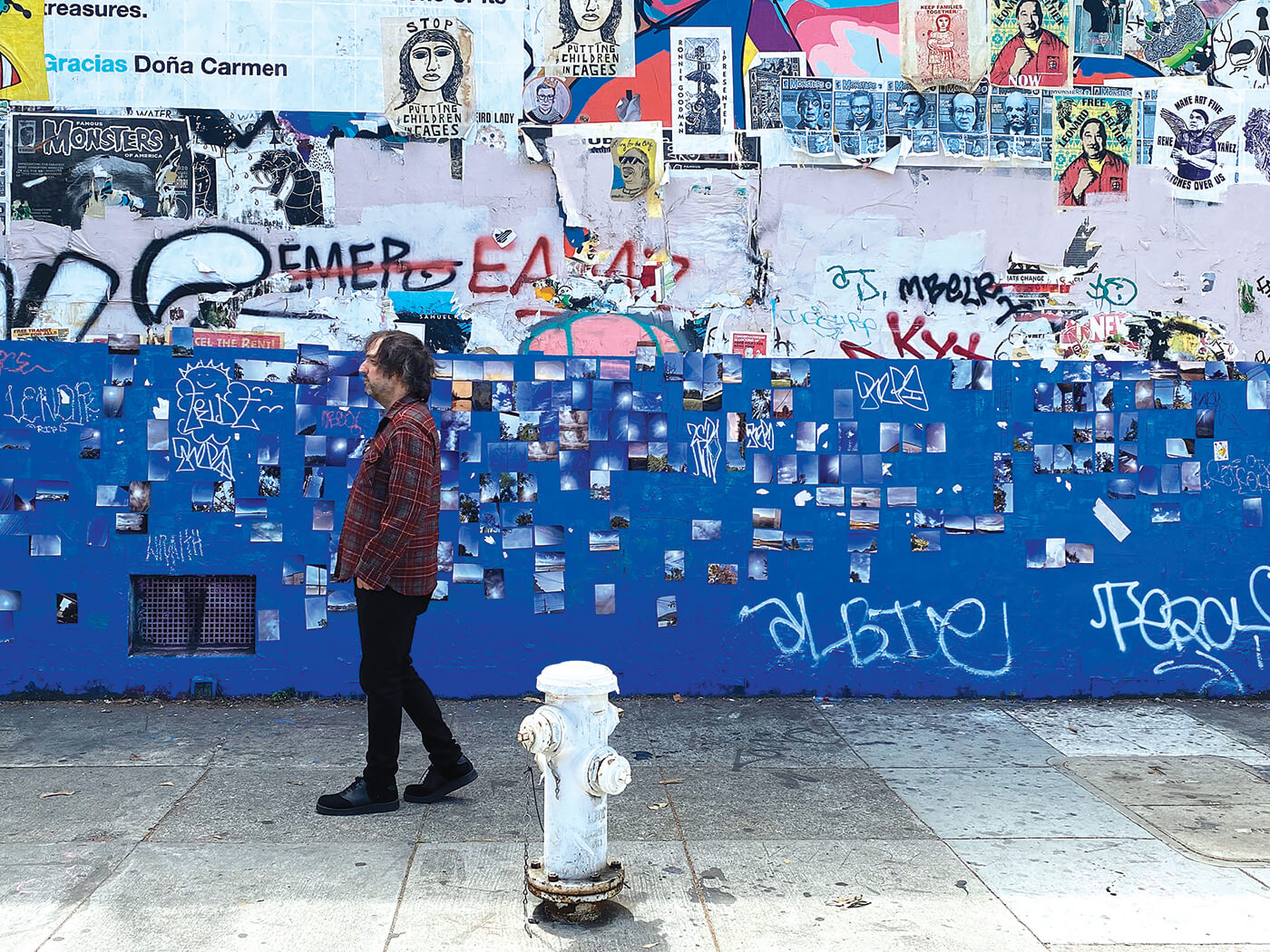 When Kelley Stoltz moved to San Francisco at the start of the millennium, he intended to record an album with his flatmate, a drummer. But after his friend began to take more of an interest in the bars than his bass drum, Stoltz took matters into his own hands. He taught himself to drum and acquired a Tascam 388 eight-track reel-to-reel tape recorder. He wedged his mic into a half-open drawer for a mic-stand and when he needed bass, he detuned his guitar. But the coup de grace was a huge old two-deck keyboard loaded with effects that he found for $50 in a Salvation Army charity shop and wheeled home on a skateboard. He dubbed it his “granny organ”.

Using this rudimentary gear he recorded 2001’s Antique Glow, a landmark in home-production techniques thanks to the scale and execution of its ambition. Stoltz’s second album after the CD-only The Past Was Faster, Antique Glow showcased his excellent songwriting in the form of a hard-earned gift for hooks inspired by his love of ’60s pop – a vinyl nut, he worked in a record shop during the day – but also his ability to pull apart melodies and rebuild them in complex and unexpected arrangements. This homespun approach would be influential and extended to the art: each of the 300 vinyl LPs had a unique cover Stoltz painted himself over the sleeves of old records. They were sold at a loss but reaped long-term rewards when Ben Blackwell, passing through SF with the Dirtbombs, picked one up and loved it. Blackwell now works at Third Man Records, where he nurtured this 20th-anniversary reissue, which returns Antique Glow to vinyl and features some of Stoltz’s unused original artworks in a die-cut sleeve that creates six different covers, a nod to the original conceit.

It comes with 13 additional tracks, all pretty much complete and of fine quality (“Old Pictures” and “Baby’s Fingers” in particular) but some of which show the tightrope Stoltz was walking during this period, as he tried to put his own spin on his favourite music. “Too Beck”, so named because it’s, well, too Beck, sees Stoltz deliver a facsimile of “The New Pollution”, while “Discount City VU” does sound a little too like Cale and co for comfort. This additional material demonstrates how many songs Stoltz was writing as he tried to find his own voice, and they amplify how successfully he achieved that on the finished record, which never sounds like a pastiche or homage but is instead an imaginative, ambitious exercise in bedroom pop. It created a template Stoltz still essentially follows today. His last record, 2020’s Ah! (etc), was, much like Antique Glow, a home-recorded melange of styles, brilliantly crafted, offbeat, often inspired, consistent
but unpredictable.

At times on Antique Glow, it feels as if Stoltz is deliberately pulling the rug from under the listener’s feet. “Perpetual Night” begins sounding something like “Here Comes The Sun”, but deep reverb almost immediately takes it into Paisley Underground or Guided By Voices territory. The melody starts chasing its own tail like a Chinese dragon, before harmonica, synth and backing vocals all pile in. There’s even a second nod to George Harrison, in the form of what sounds like sitar. It’s a round trip but the journey has been riotous. Later comes “Mean Marianne”, influenced by Stoltz’s love of Tim Buckley and Nick Drake but with a tonne of distortion and feedback and a wild outro that stops it getting too much like open mic at Les Cousins. Surprisingly perhaps, there isn’t much here like Echo & The Bunnymen, even though Stoltz would cover Crocodiles in its entirety around this time, eventually releasing it on CD in 2006 as Crockodials.

One of the more conventional tracks is the excellent “Are You Electric”, a grizzly rocker that might have caught the ear of Blackwell as it’s not a million miles from The Dirtbombs. Similarly, “One Thousand Rainy Days” comes close to a one-man-band version of The White Stripes. But Stoltz’s magpie spirit doesn’t allow him to settle on a single style, however well he pulls it off. One minute he’s deconstructing CSNY with the delightful “Jewel Of The Evening”, the next he’s delivering an endearingly shambling instrumental on “Tubes In The Moonlight”. Although most of the work was done by Stoltz alone, he does rope in some help: Rob Knevels plays slide guitar on the bouncy “Please Visit Soon”, while Teutonic rocker “Mt Fuji” was recorded with a band at a bona fide studio.

That track sounds great – perhaps a little less claustrophobic than the rest of the album if you listen carefully and with prejudice – but it’s not markedly better than anything Stoltz was doing on his own. Music is so often about collaboration and the way individual talent begets collective genius, but Stoltz showed he could do it on his own. And he inspired others to follow as he forged new and memorable sounds on tracks like “Underwater’s Where The Action Is”, a yelping lurching assault with a Banana Splits-meets-Cramps vibe that eventually collapses in a wheezing heap like a dead Clanger. It’s a throw forward to the sort of effects-laden weirdness that San Francisco acts like Thee Oh Sees, Fresh & Onlys and Ty Segall would soon deliver. All of them were influenced, in some small part, by Antique Glow and Stoltz’s determination to recreate Abbey Road in his bedroom with an eight-track and a Sally Army keyboard.