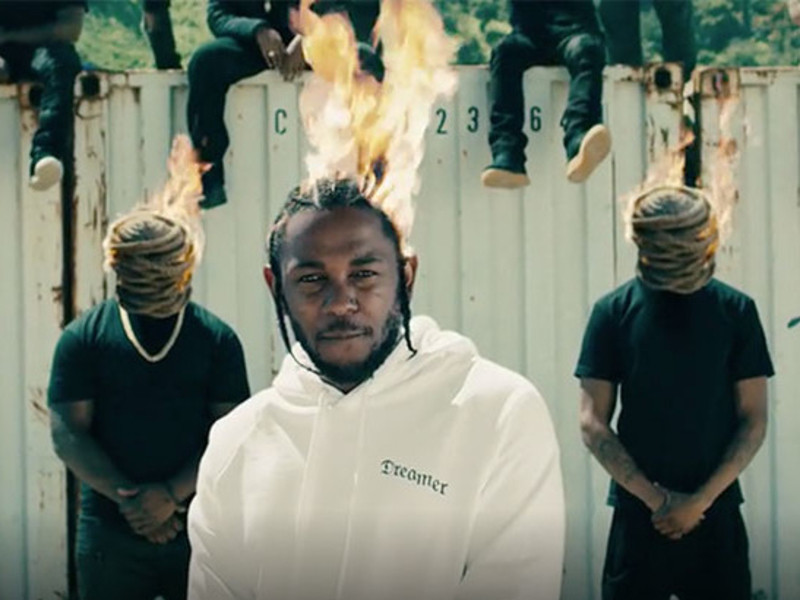 Los Angeles, CA – Kendrick Lamar is continuing to show f his mastery when it comes to music videos. K. Dot’s “HUMBLE.” won the Grammy for Best Music Video at this year’s ceremony, and in recent weeks, the visuals to “All The Stars” and “King’s Dead” f his Black Panther soundtrack have continued to garner widespread acclaim following their respective releases.

During a recent interview with Billboard, Lamar spoke on why he believes music videos are just as important as the songs they bring to life, and why he credits Missy Elliott and Busta Rhymes as key inspirations behind some his most recent visuals.

As “the little homies,” Kendrick and TDE’s Dave Free have been instrumental in many K. Dot’s videos, along with regular collaborator Dave Meyers, who has also won awards for his work with Missy Elliott.

“I think from jump it’s always been crucial to me,” he said. “You know, just being a kid watching BET, I’d be on the phone with Dave, you know my partner that does the videos with me and we’d be watching Missy Elliott videos back in high school and Busta Rhymes videos. They were always big inspirations. So by the time we got to the point where we can mass produce visuals on that level, we said to each other that, ‘We all in and that we’ve been waiting for this moment.’ So, I think it’s something that always inspired us to do it, just being a student and always appreciating somebody being willing to put full impact and full ideas not only into the songs, but when you’re watching the songs.”

Elsewhere in the conversation, Kendrick Lamar spoke on how he continues to conquer despite having the added pressure carrying the West Coast, and the rap game, on his shoulders.

“It’s really always having love for it, and really having fun with it,” he said. “I think the moment when I’m not having fun with it and getting into the studio and you know … maxing out on the full potential, that’s when the fumbling happens. Before that even happens, I’d pass it down and give it to another young boy that has that same passion that can carry that throne], but right now, I feel good. I’ll let y’all know when the final years is coming up when I’m like, ‘OK. This kid is it. He’s from the city. He’s it. He got it.”

K. Dot added that he would be happy to pass on the West Coast baton to a newer artist, similar to the way The Game and Snoop Dogg gave him the torch back in 2011.

“Oh, definitely,” he said. “If we see the same excitement that you see in yourself in somebody else, that’s the key to evolving and giving back] in terms hip-hop. Same way they did it to me, I’d do to someone else.”