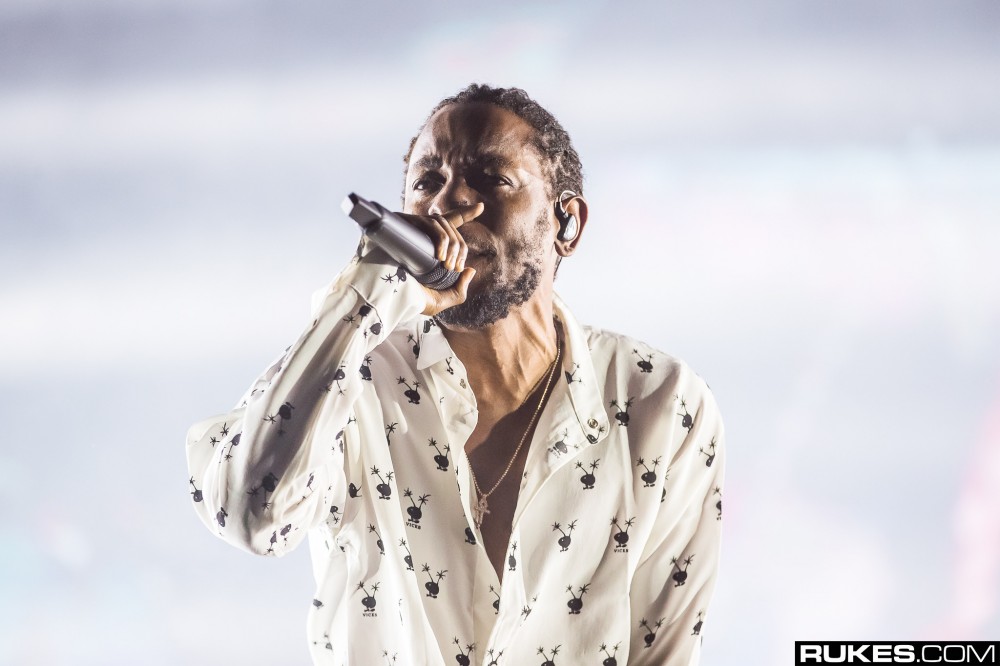 Kendrick Lamar‘s newest release with SZA is not only a stellar song in itself, but it sets the scene for Marvel‘s forthcoming film Black Panther!

The “Humble” rapper has been credited with co-producing the entire soundtrack, Panther: The Album, aside Top Dawg Entertainment CEO Anthony “Top Dawg” Tiffith. He was hand selected by director Ryan Coogler to head up the project, who talked up Lamar in a recent press release.

“I am honored to be working with such an incredible artist whose work has been so inspirational, and whose artistic themes align with those we explore in the film. I can’t wait for the world to hear what Kendrick and TDE have in store.”

Lamar followed up with his own statement…

“Marvel Studios’ ‘Black Panther’ is amazing, from its cast to its director. The magnitude this film showcases a great marriage art and culture. I’m truly honored to contribute my knowledge producing sound and writing music alongside Ryan and Marvel’s vision.”

The leading single, “All The Stars” truly has a way about it, as striking lyrics and instinctive flow glide over a sparkling beat. SZA’s vocal delivery compliments what Lamar lays down, making for more than just a hip hop song — but a true Black Panther anthem.

If this song is any indication, the entire Panther: The Album is going to be amazing. The film hits theaters February 16, 2018 so we’ll see how it all plays out then!

Kendrick Lamar & SZA – All The Stars