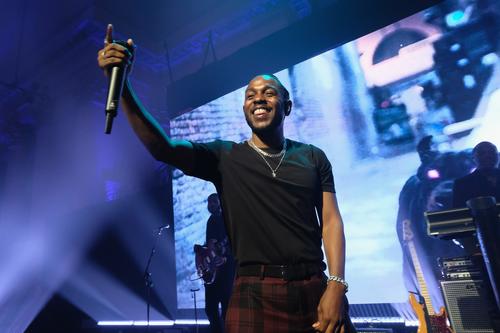 It looks like Kendrick Lamar is in for a big payday soon. According to Billboard, the TDE rapper is reportedly in talks for a new publishing deal and he could be looking at well over $20 million dollars.

Sources tell Billboard that Top Dawg & the TDE label are considering fers between $20 million and $40 million dollars, depending on the terms the deal. One bidder has fered $28 million dollars, one source said, meanwhile another source cited a $23 million fer that included $11 million dollar signing bonus. It’s unclear what the terms TDE are asking for or wanting, but it’s safe to say K. Dot is about to get PAID.

Kendrick is coming f the success his critically-acclaimed DAMN. album, which has been nominated for a Grammy for “Album Of The Year”. The album, which also topped Billboard’s album the year list, garnered total album sales 1.13 million units last year, with the addition 2.63 million track sales. So in total, that would mean Kendrick has generated 9.5 million album consumption units throughout his entire career.

This report comes just a couple weeks after finding out that Kendrick will be executive producing the forthcoming Black Panther soundtrack, which is led by the songs “All The Stars” & “King’s Dead.”

While it’s strictly a rumor at the hour, representatives from Warner Music Group and Top Dawg Entertainment declined to comment on the story, thus providing more speculation to the truth these fers.

We’ll continue to keep you posted if any further developments arise.