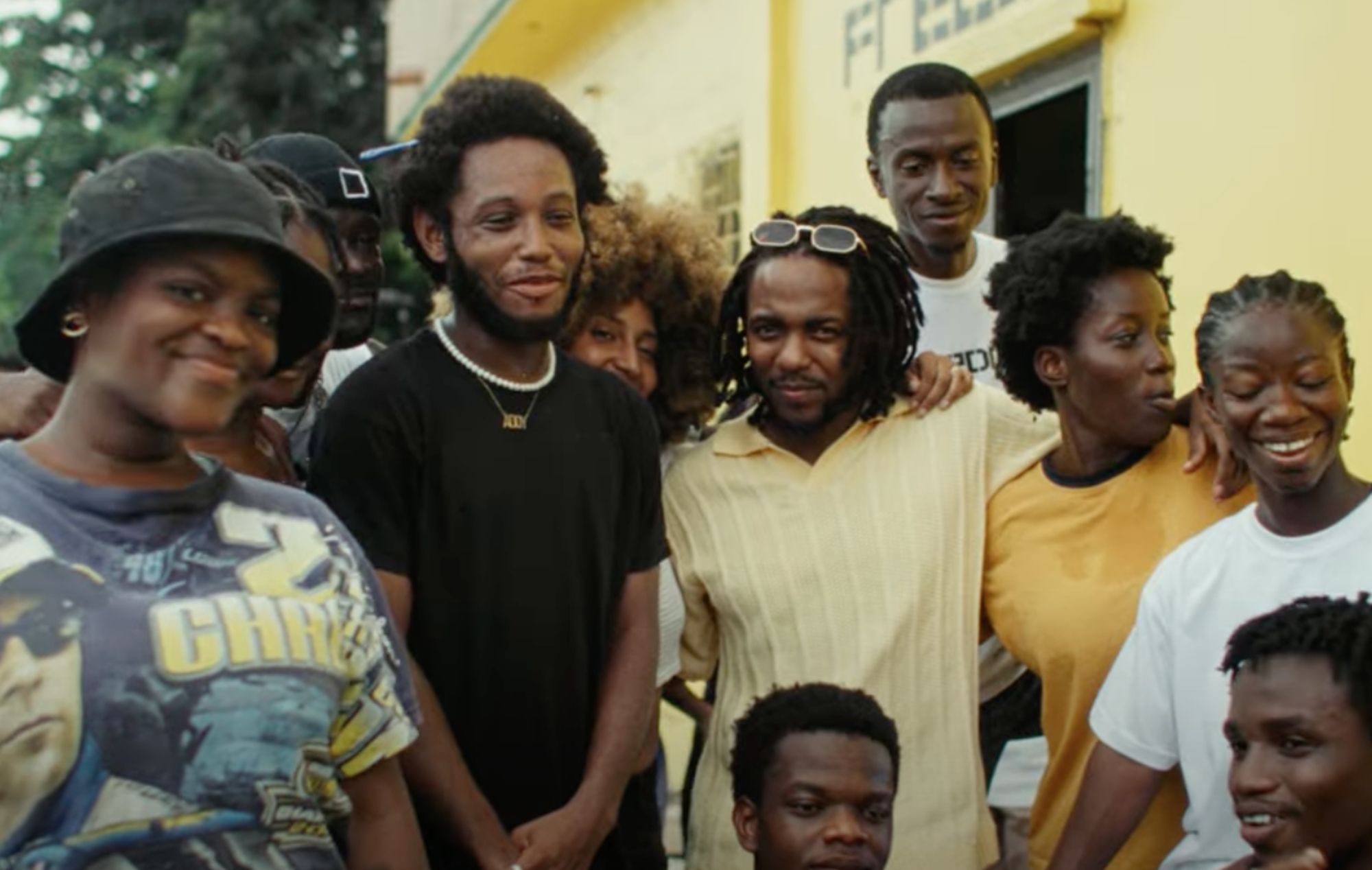 Kendrick Lamar says ‘Mr. Morale…’ is his “most present” album in new mini-doc

Kendrick Lamar has visited Accra in Ghana for a new mini-documentary in which he describes his new album as his “most present yet” while also reflecting on going to therapy.

The four-minute Spotify film, titled A Day In Ghana With Kendrick Lamar, follows the rapper as he makes his first-ever trip to the capital of the West African country. “I can’t even tell you what day it is,” he said at the start. “I’ve just been in the moment.”

Soundtracked by ‘Crown’ from his fifth record, ‘Mr. Morale & The Big Steppers’, the video contains footage of locals boxing, skateboarding and playing football as the star participates in a brief interview.

At one point, Lamar was asked what he’d been talking about with the children of Accra. “Just about them being here, how it makes them feel to be over here and [late fashion designer and DJ] Virgil [Abloh],” he replied.

Abloh, who was born in the US to Ghanaian immigrant parents, partly funded Accra’s Freedom Skatepark which appears in the doc.

Lamar continued: “What he means to them, you know, as far as letting them have this creative space for them to enjoy themselves. That’s special.”

In response to the suggestion that ‘Mr. Morale…’ is his “most personal body of work”, Lamar said: “This is my most present album.”

He went on to acknowledge the huge online response to his acclaimed latest LP, saying: “It’s dope, bro. [It’s good to] get away from that shit for a minute.”

Later, Lamar revealed that one of his “favourite lines” from the record is one from his wife Whitney Alford on ‘Father Time’.

He added: “To challenge myself to go to therapy… shit. That’s like a whole new step in a whole new generation. It’s growth.”

You can watch A Day In Ghana With Kendrick Lamar in full above.

Kendrick Lamar is set to headline Glastonbury 2022 next weekend alongside Billie Eilish and Paul McCartney – check out the full line-up and stage times here.

The rapper will then return to these shores in November for the UK and Ireland leg of his 2022 ‘The Big Steppers’ world tour. You can find any remaining tickets for those shows here.