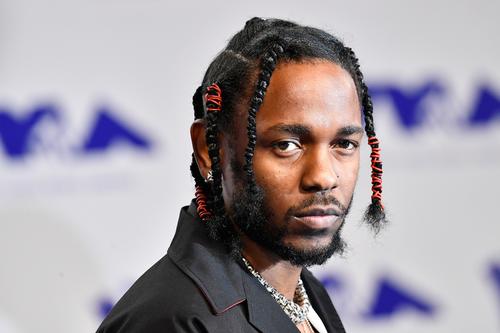 In case you missed it, Kendrick Lamar served as the first-ever halftime performer the college football playf National Championship game Monday night, where he performed a medley his DAMN. cuts including “DNA,” “Humble” & “Love.”

Well immediately following Kendrick’s performance, Marvel decided to share a new trailer for their upcoming film Black Panther, which Kendrick will be executive producing the soundtrack for, and in the new trailer an unheard song from himself & Vince Staples can be heard playing in the background. It’s unclear what the song is called, but it sounds pretty futuristic and upbeat from what we can hear.

“Marvel Studios’ Black Panther is amazing, from its cast to its director,” Kendrick said in a press release. “The magnitude this film showcases a great marriage art and culture. I’m truly honored to contribute my knowledge producing sound and writing music alongside director Ryan Coogler] and Marvel’s vision.”

This latest teaser comes just days after Kendrick teamed up with TDE songstress SZA for the first song f Black Panther soundtrack called “All The Stars.”

Watch the latest trailer for Black Panther (below) and look for the film to be hit theaters February 16th, while the soundtrack arrives February 9th.

You excited to hear Kendrick Lamar & Vince Staples on a track together?