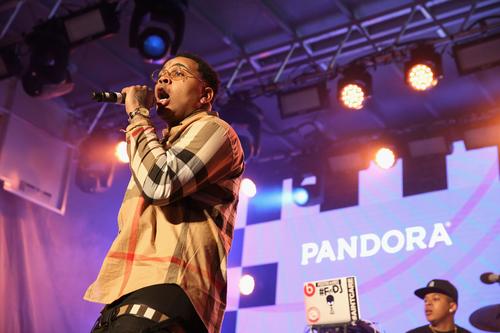 Kevin Gates Expected To Be Released From Prison Next Week

Well it looks like Kevin Gates is just days away from being a free man again. After reports surfaced a couple weeks ago that his parole date was January 10th, TMZ has learned that Gates will indeed be getting out on parole next Wednesday.

Lindsey Hess at the Illinois Department Correction told the media publication that Kevin is scheduled to be released on Wednesday, after serving 9 months in a Cook Country prison. Hess says Gates is getting out on parole, and his release conditions include mandatory supervision and no possession firearms.

RELATED: Kevin Gates Shares His Perspective In The “Had To” Video

The Louisiana rapper had been serving time behind bars in Illinois since last March when an outstanding weapons-related warrant popped up, and landed him back in prison for a 30-month sentence. He was previously serving time in Florida for kicking a woman in the chest at his show, before his outstanding warrant came about on the day his release.

Even though Kevin has been behind bars for the past year, that hasn’t stopped his music from coming out. Back in September, Gates’ wife & camp released the sequel to his By Any Means mixtape featuring a lone appearance from PnB Rock, who appeared on the song “Beautiful Scars.”

But with freedom just days away,  barring any setbacks or delays, Gates’ will hopefully be back before we know it.

RELATED: Kevin Gates Drops Off Sequel To “By Any Means”