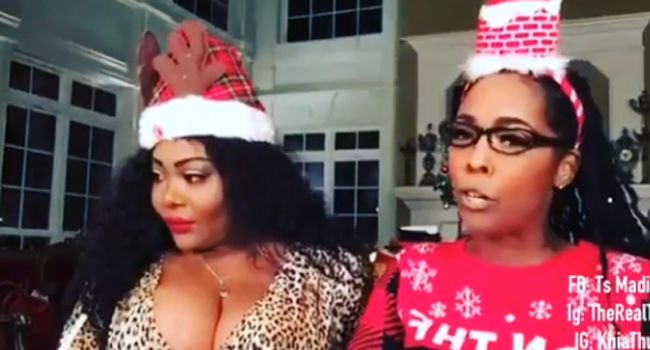 Khia is dissing Trina again after Trina went on The Breakfast Club and threw some shots at her. The two have been beefing all year and it looks like their issues with other haven't subsided.

This time around, the "My Neck, My Back" creator brought up Trina's name when she addressed Lil Wayne's daughter Reginae Carter. Reginae had stuck up for her mother Toya Wright after Khia said some not too kind things about her. In response, Khia landed low blows against multiple enemies by claiming that Wayne, Birdman, Toya, and Trina all swung together.

Khia also threw a shot at Cardi B after she saw one her videos.

What do you think about Khia's kinky allegations about Wayne and Birdman, and why do you think she came at Cardi all a sudden?